House, Some of This, Some of That serves as both the formal name for a retreat in a forested clearing as well as an architectural approach to space-making for a young family with two children.

The starting point for the retreat begins with nine T-shaped volumes that house all the utility, storage, and wet spaces. Positioned on a grid, the nine T-shaped volumes rotate relative to each other to create uniquely shaped spaces for the family room, dining room, kitchen, office, library, reading room, and bedrooms, and give a sense of spatial differentiation for each within the open plan. At the same, the specific arrangement of the Ts allows for visual access across the house from one end to the other and out towards the surrounding forested view. This planar organization liberates the floorplan from a reliance on walls to define separate rooms and instead uses shapely elements that concentrate back of house spaces - the Ts - to internally organize a fully open space with soft divisions within.

To connect the retreat to the landscape further, the cast-in-place concrete floor follows the natural grade of the land, ascending 2 feet over the course of its length, with 6-inch incremental steps that surreptitiously and simultaneously define and blur the boundary between spaces within the home. This sectional organization is derived from the slope of the site and brings the landscape’s section into the home itself, allowing residents to move within the home as they would if they were outdoors.

The exterior cinder-block facade continues on the interior of the retreat, fully wrapping the T-shaped volumes and reinforcing the connection between inside and outside. The focus on the views towards the surrounding greenery becomes evident as they are framed between the circular base of the retreat and the roof’s continuous circular canopy. The sloping corrugated roof that extends beyond interior spaces creates sheltered patios adjacent to all sides of the home. Distinctive volumetric skylights carve out primary geometries from the monolithic roof plan and create unique atmospheres for the living areas.

House, Some of This, Some of That avoids a singular way of living and gives clarity to the architectural elements fostering this openness. 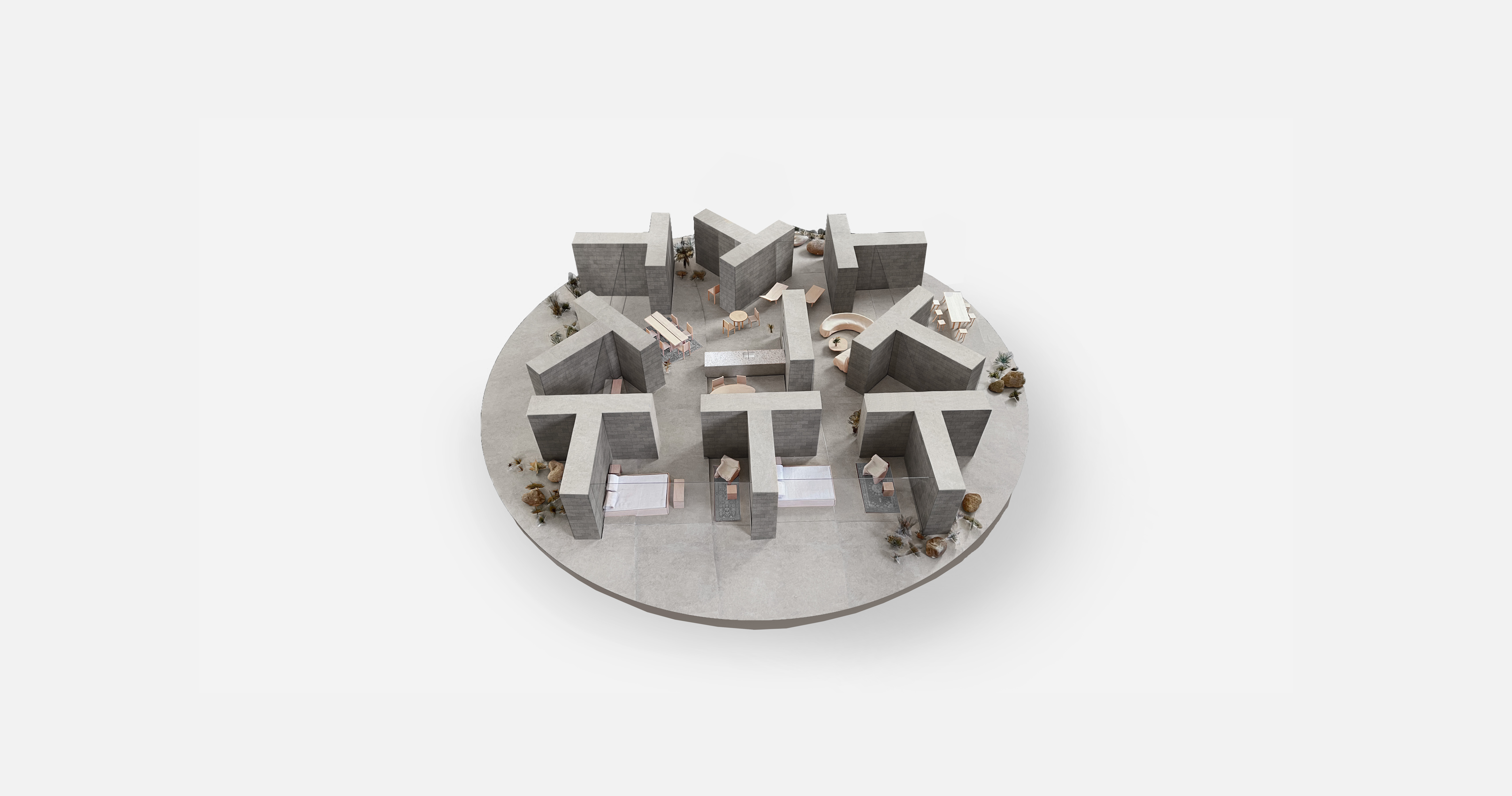 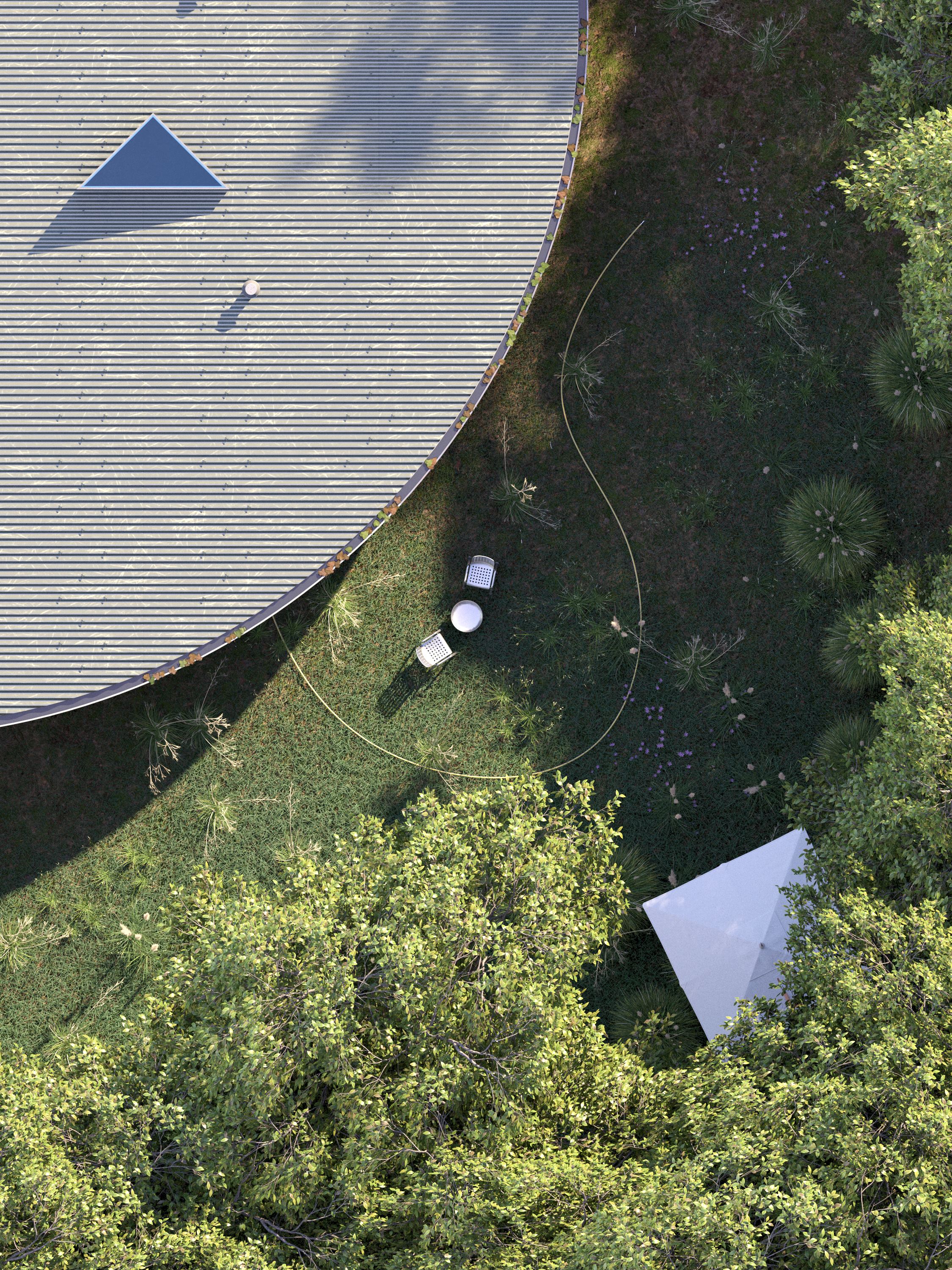 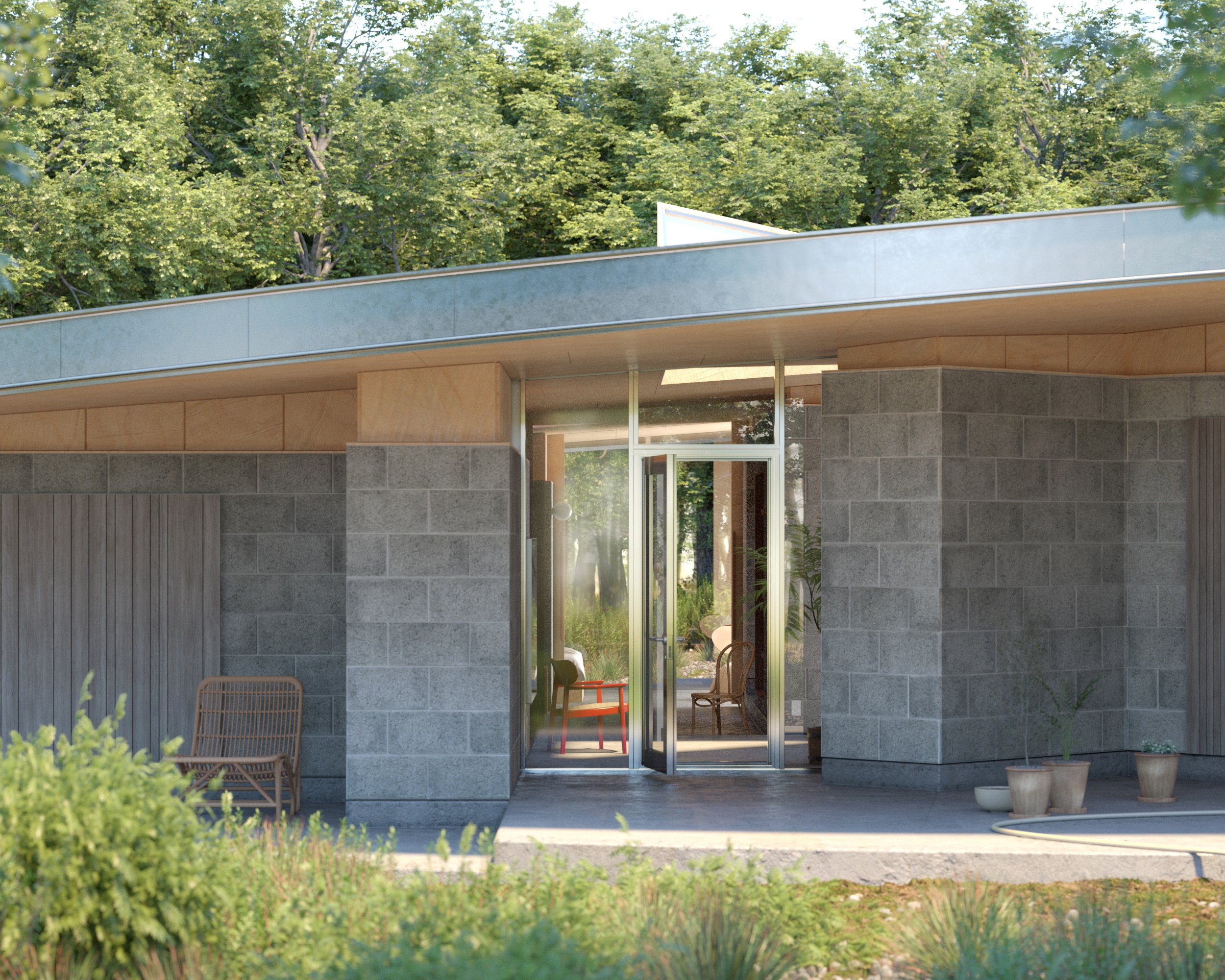 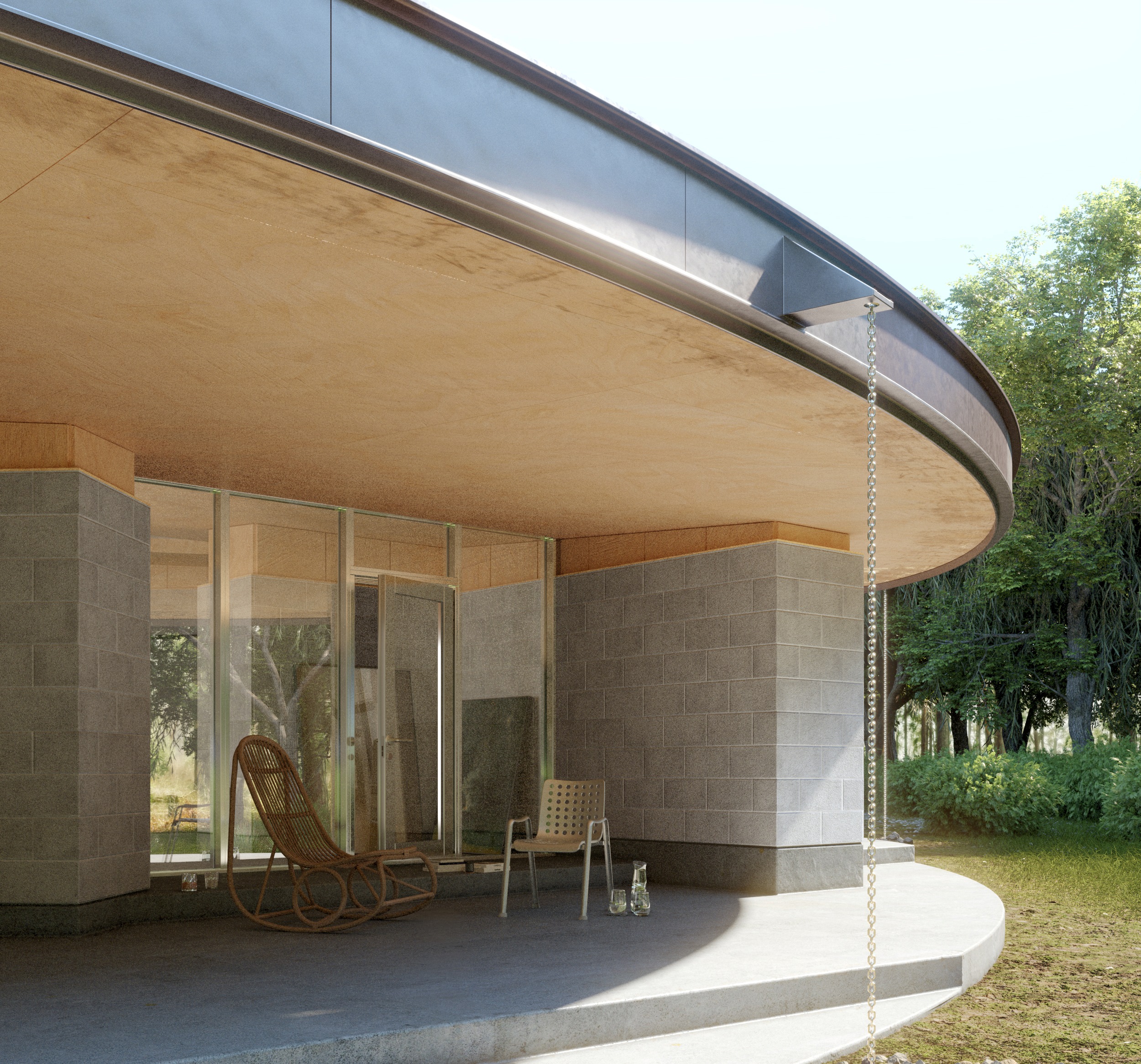 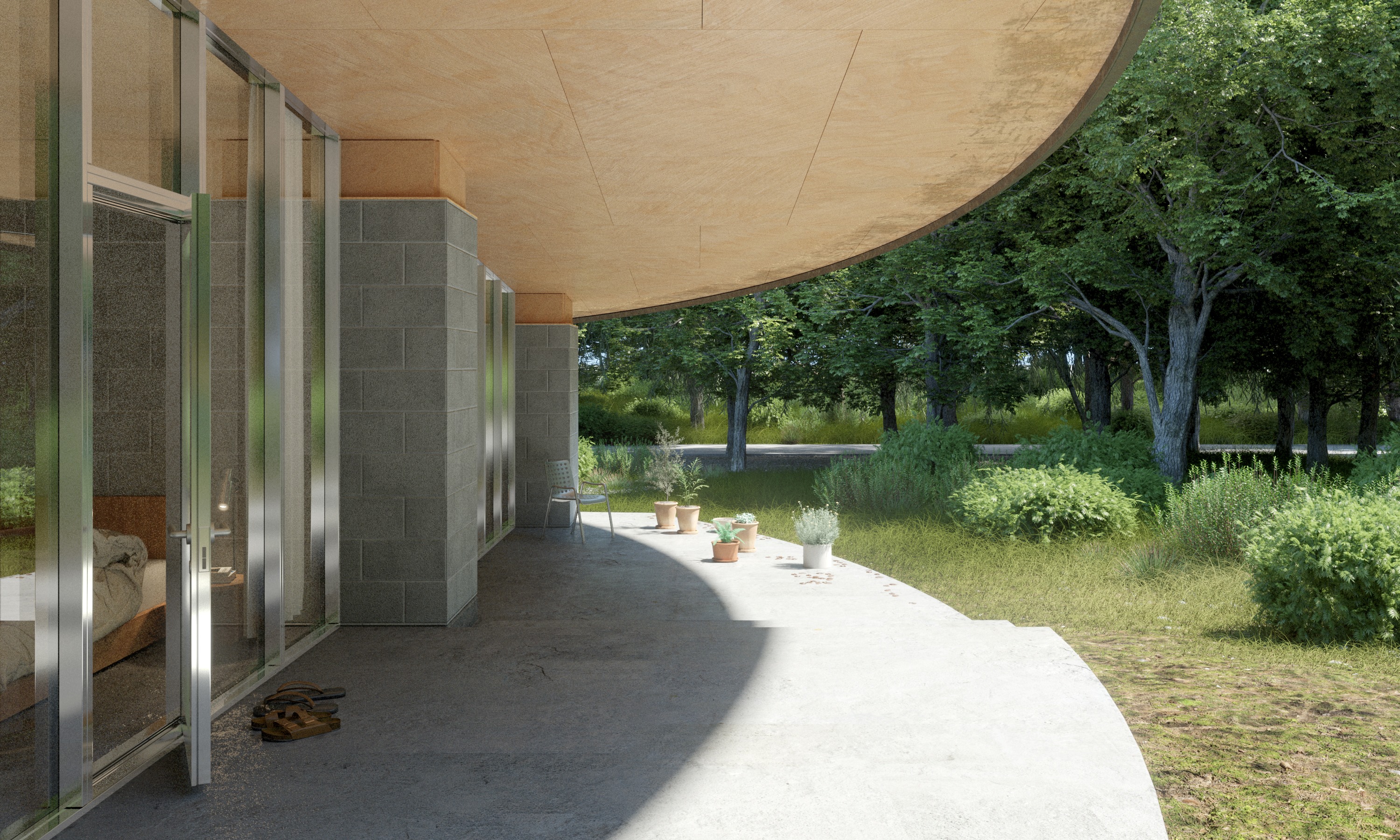 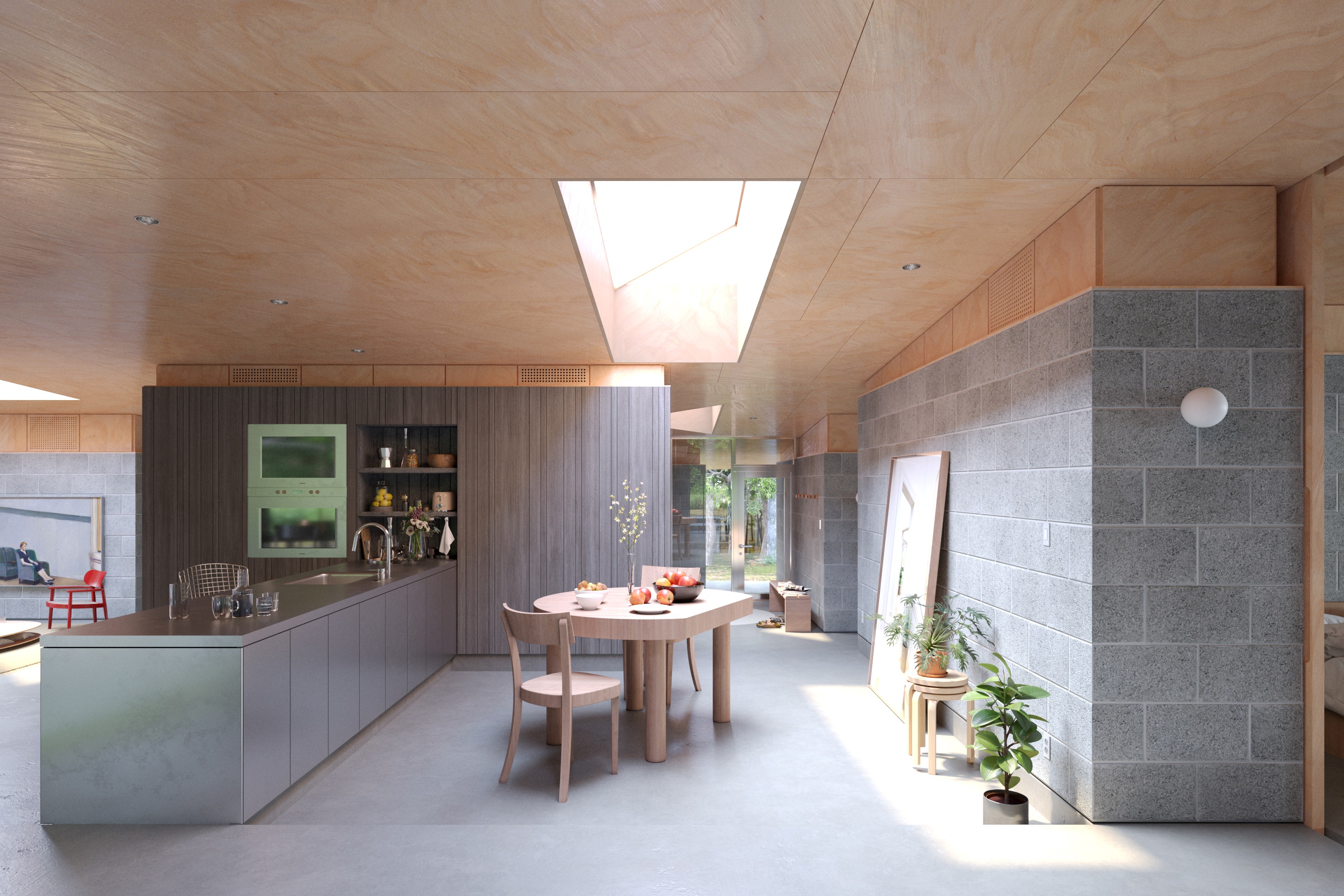 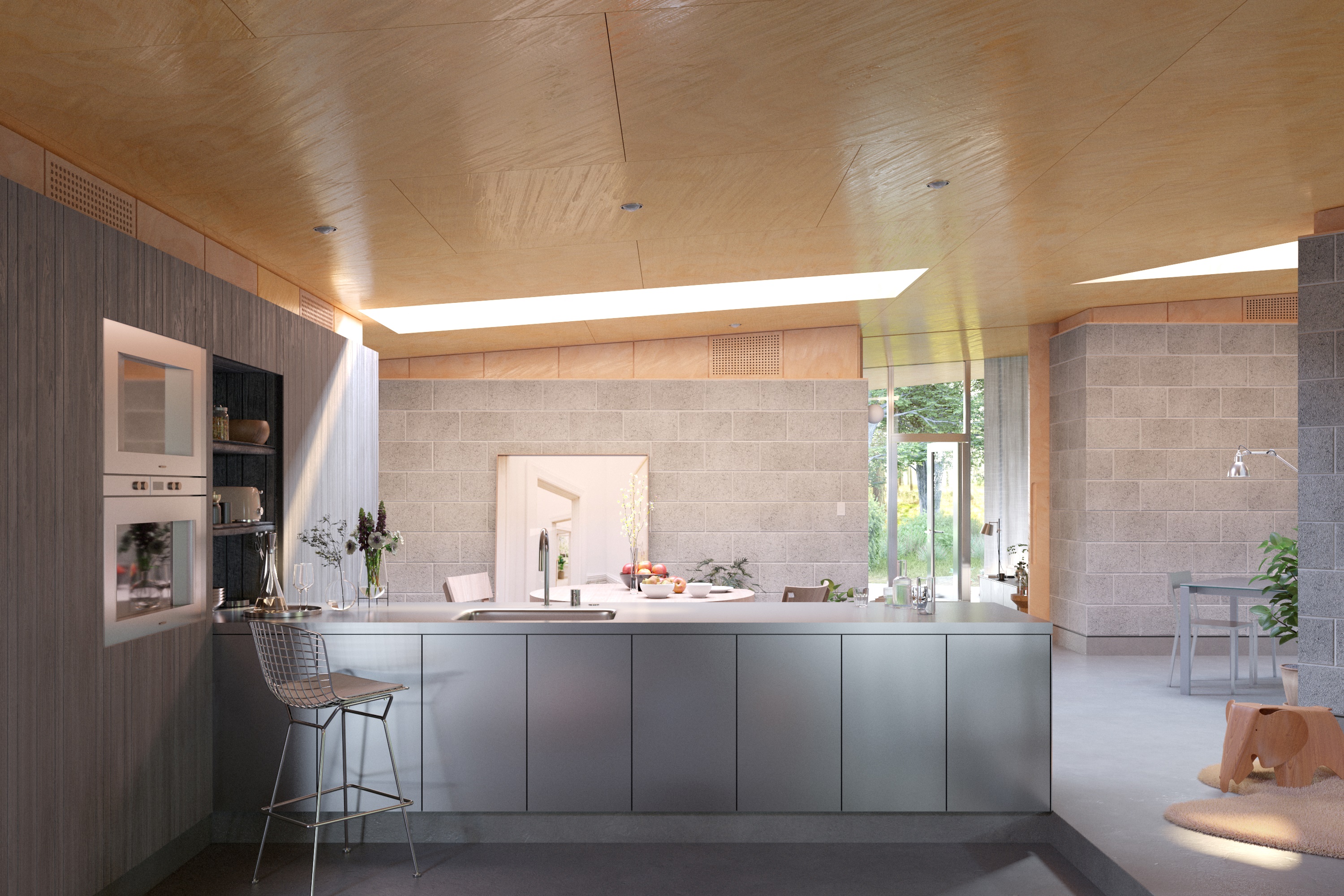 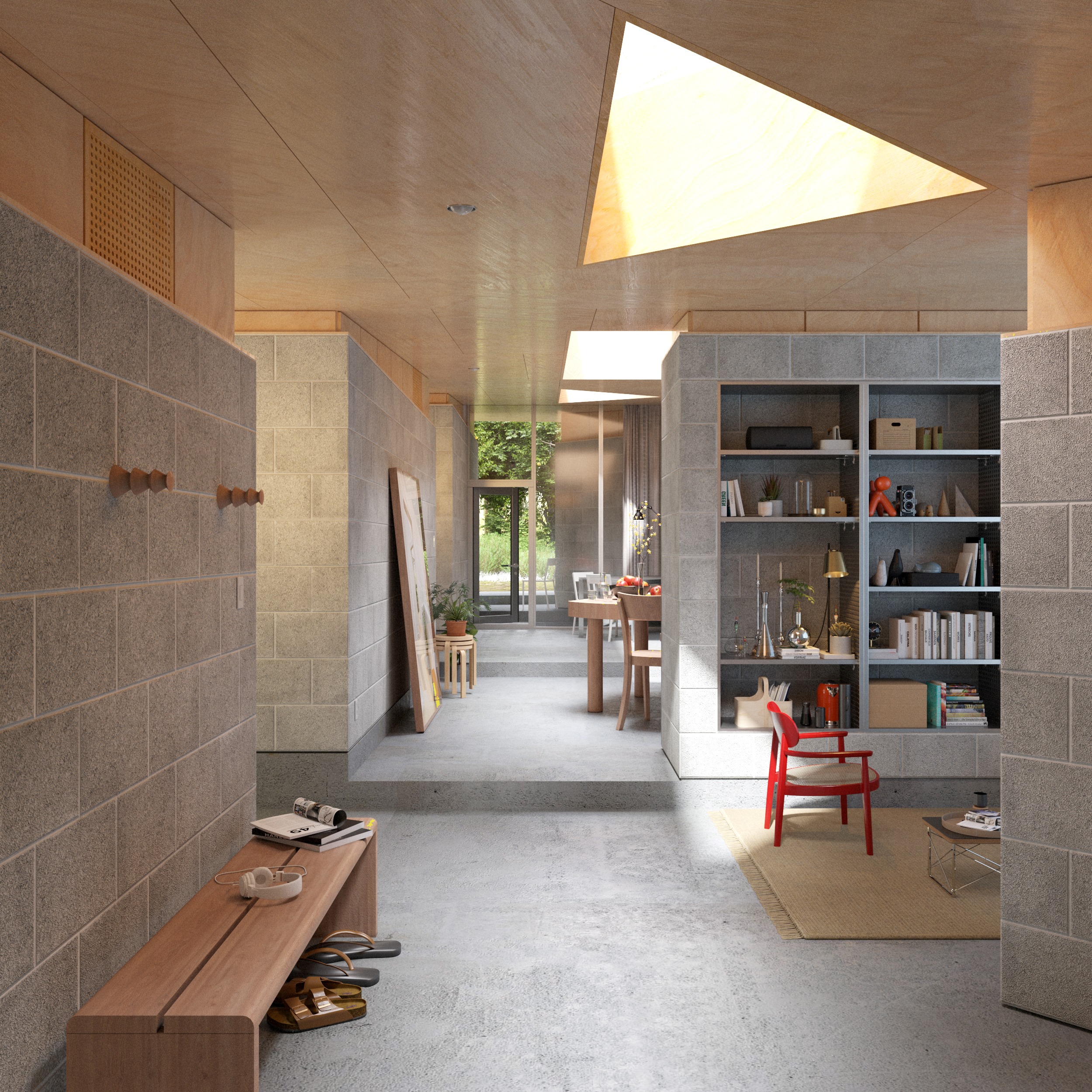 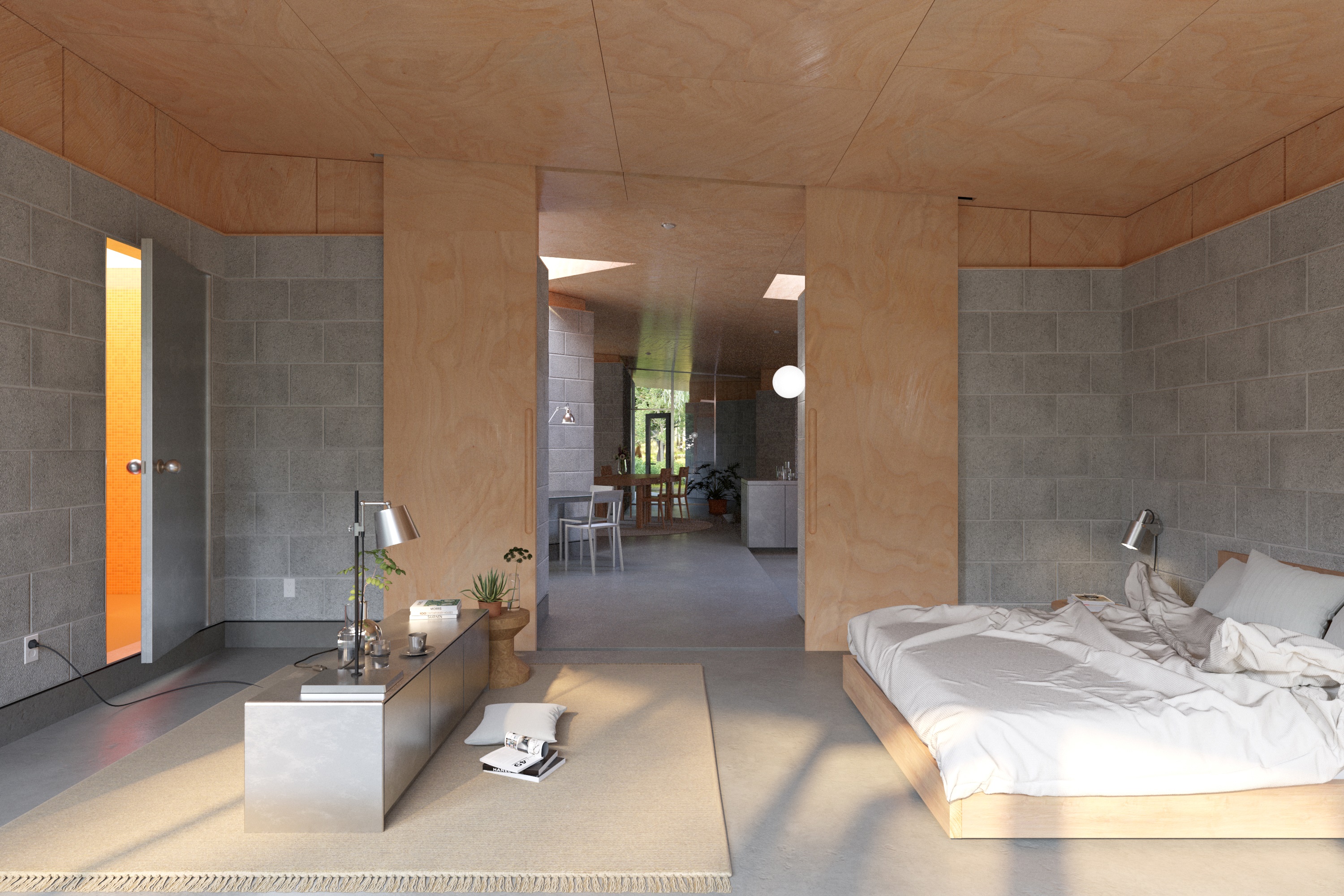 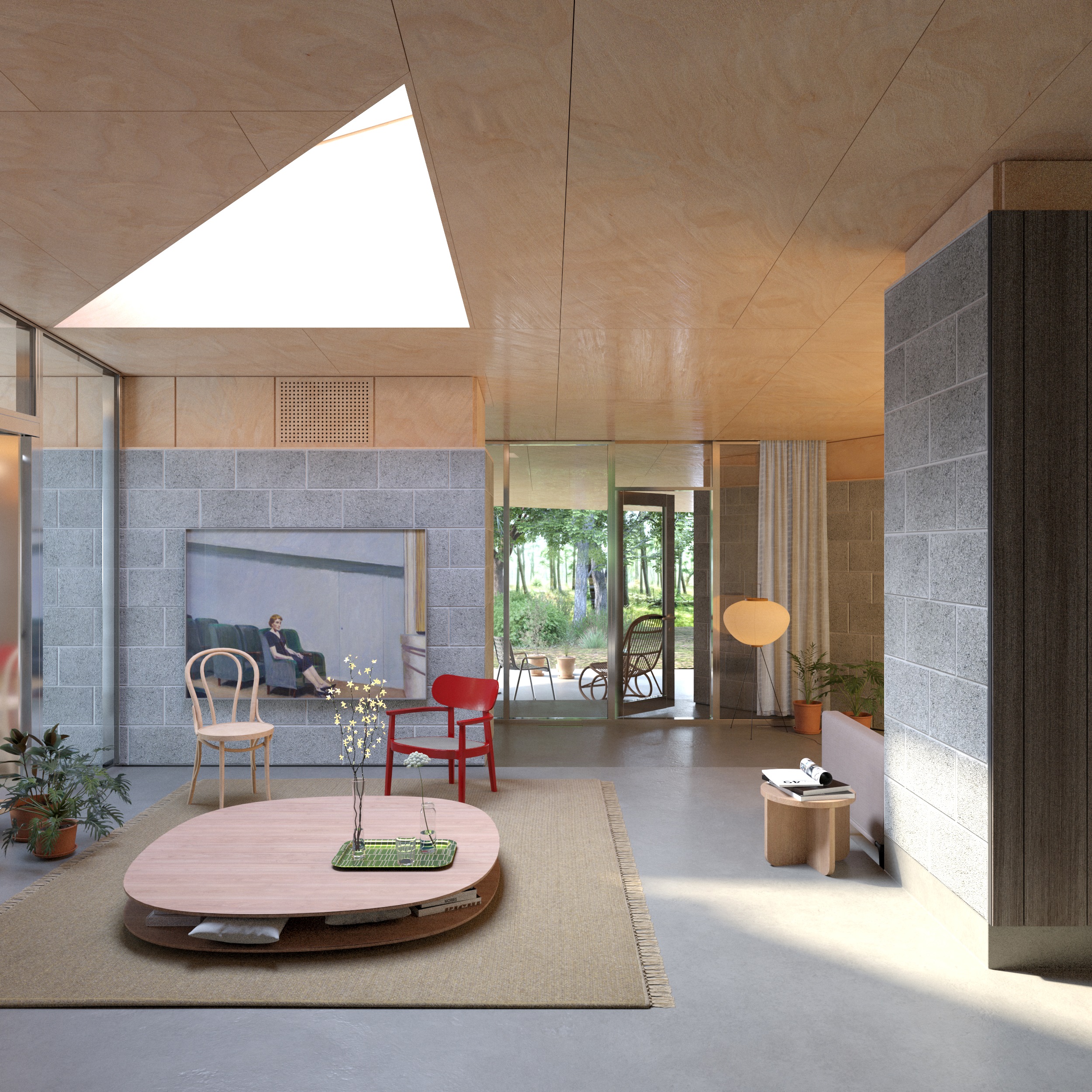 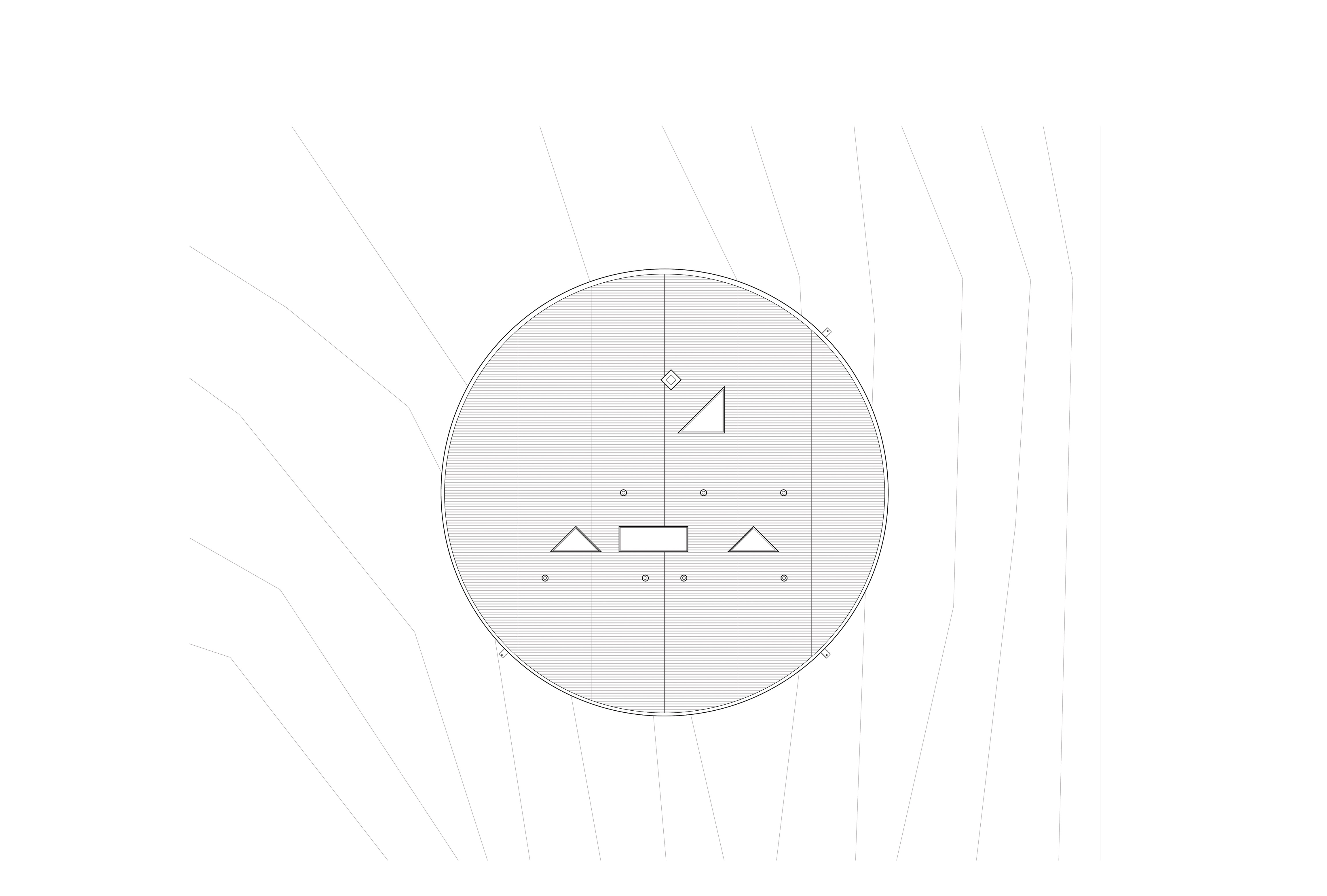 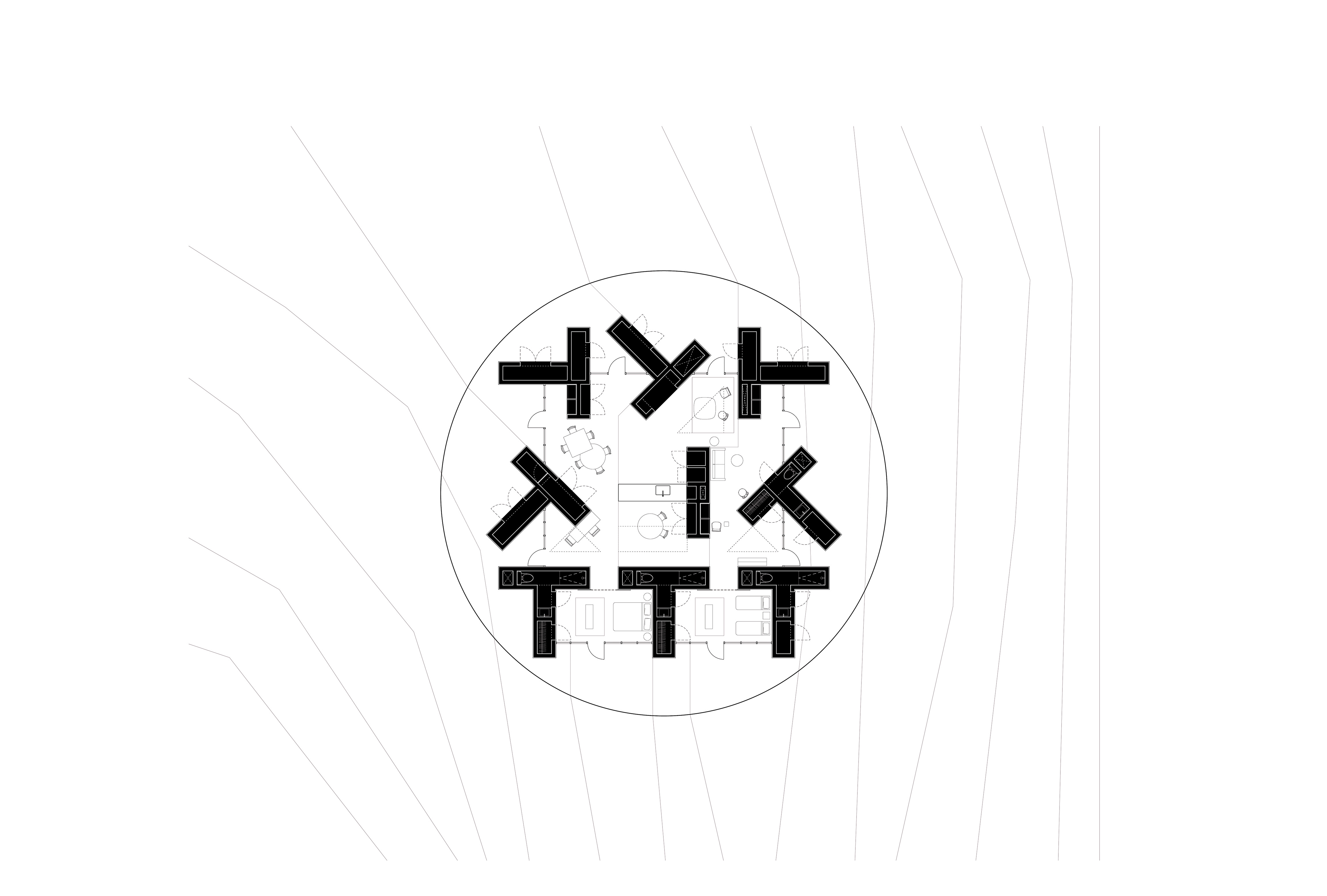 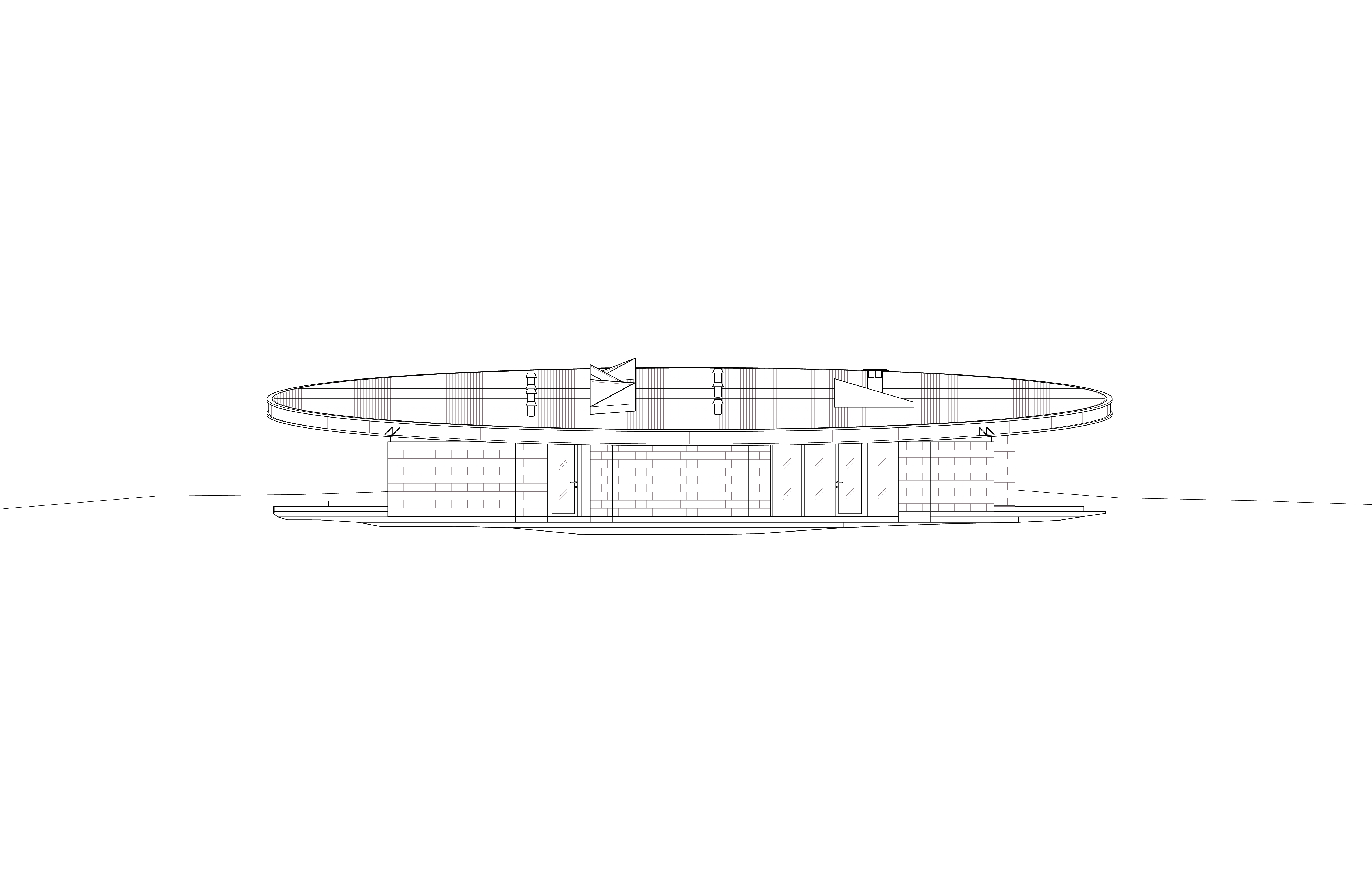 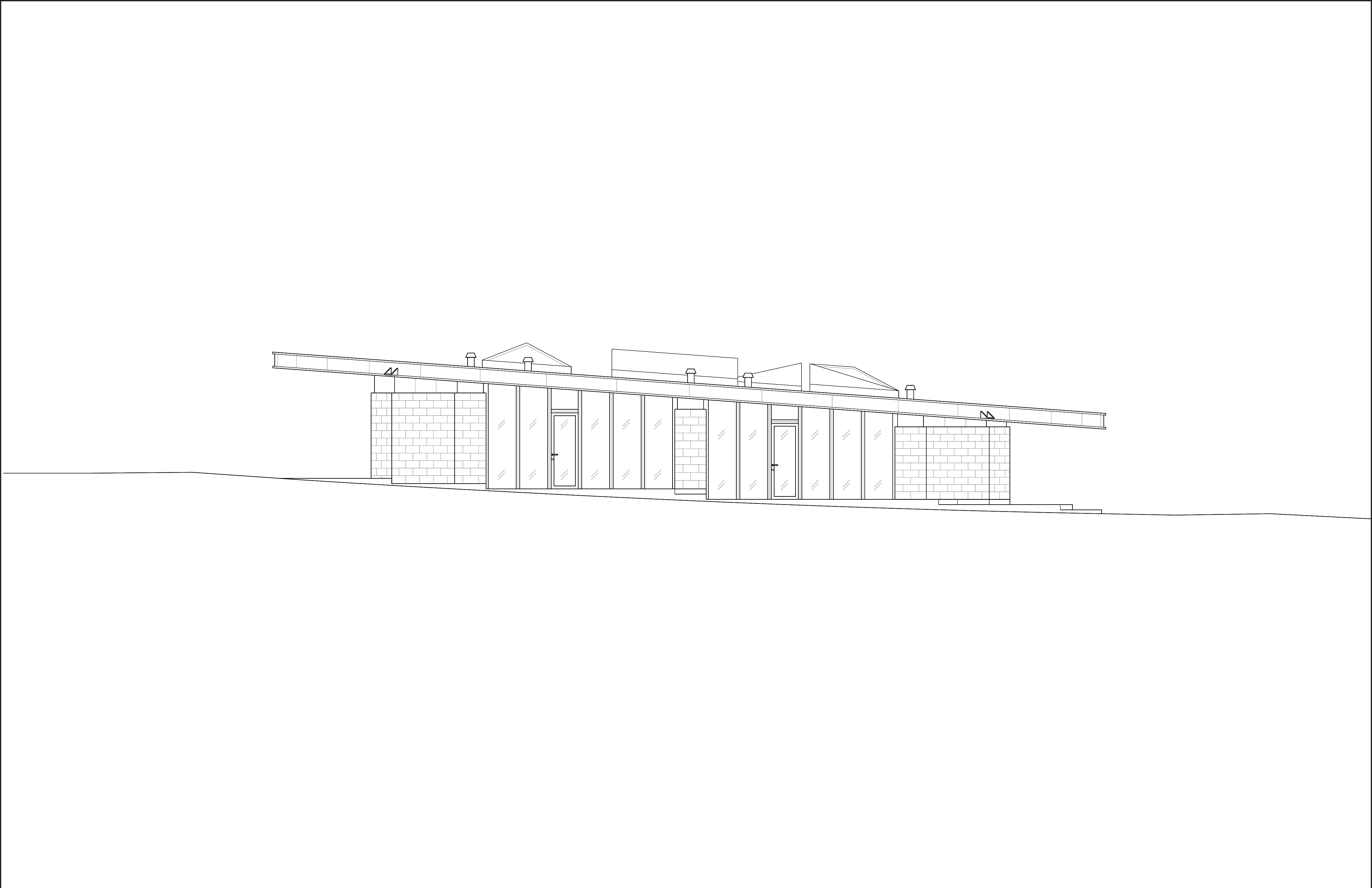 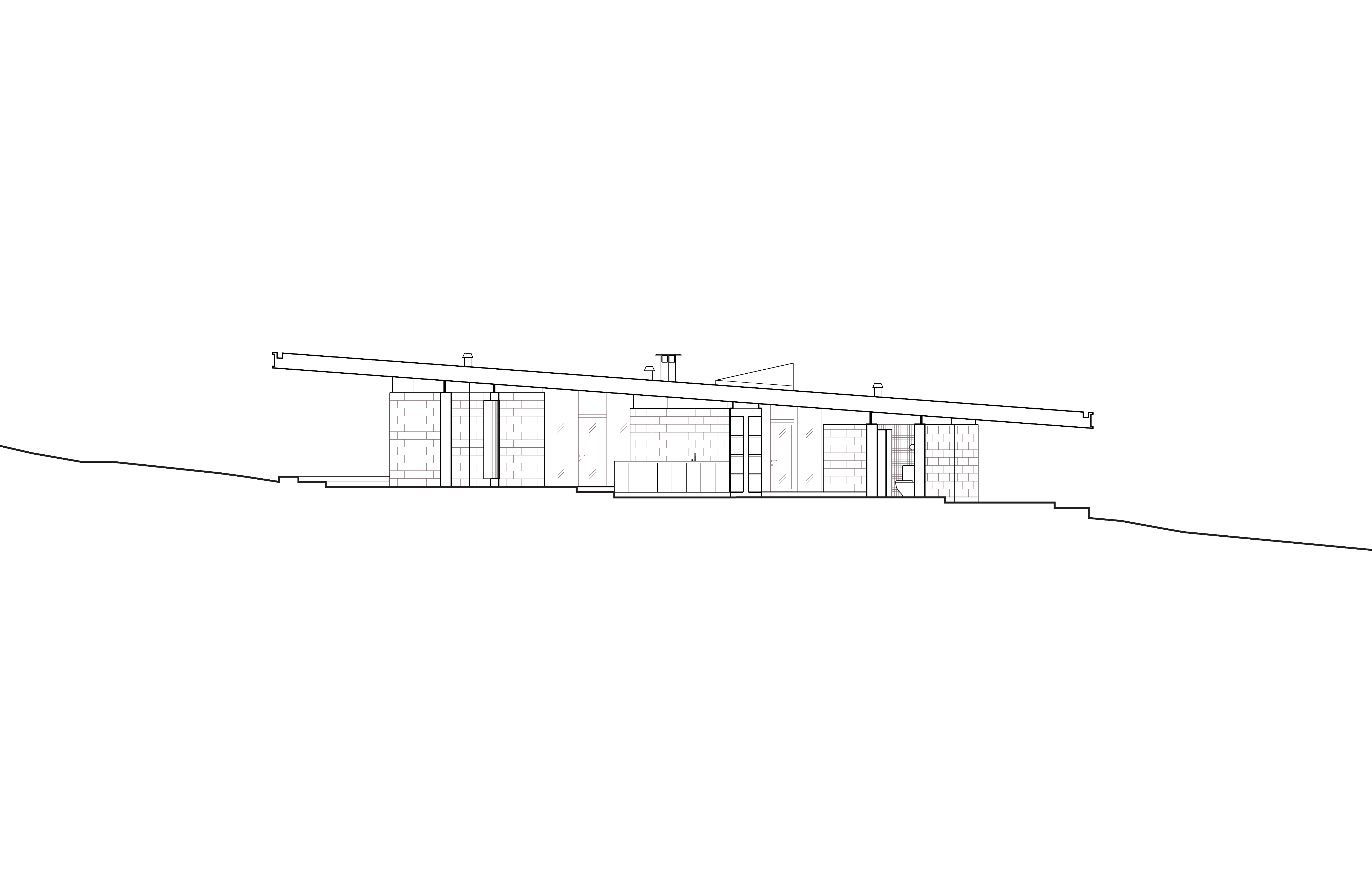 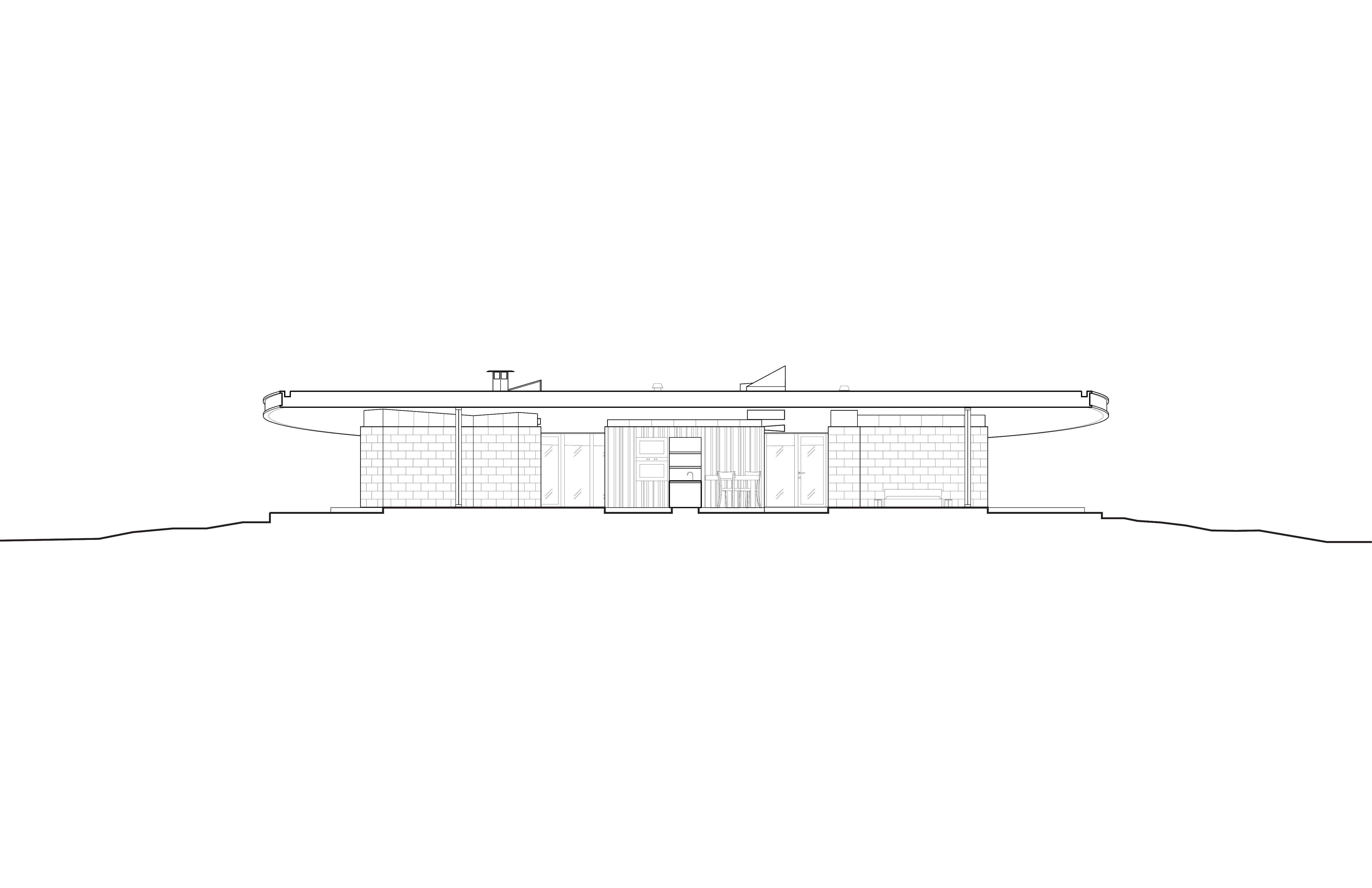