Kwong Von Glinow Design Office is an award-winning architecture practice founded on the belief that architecture is meant to be enjoyed.

Recently, “Give me a minute, please!” was selected as the inaugural Designing a Better Chicago Riverwalk pavilion, coming June 2021.

Ardmore House was recently completed and written up in Crain's Chicago as a “house unlike any other.”

The Swiss Consulate Chicago - a collaborative design project with Swiss Architecture office HHF for the new offices at the Hancock Tower - was recently completed. Stay tuned for more soon!

“In every city in the world, housing is the first question architecture deals with.” House that flips the programmatic status-quo of the typical domestic section. 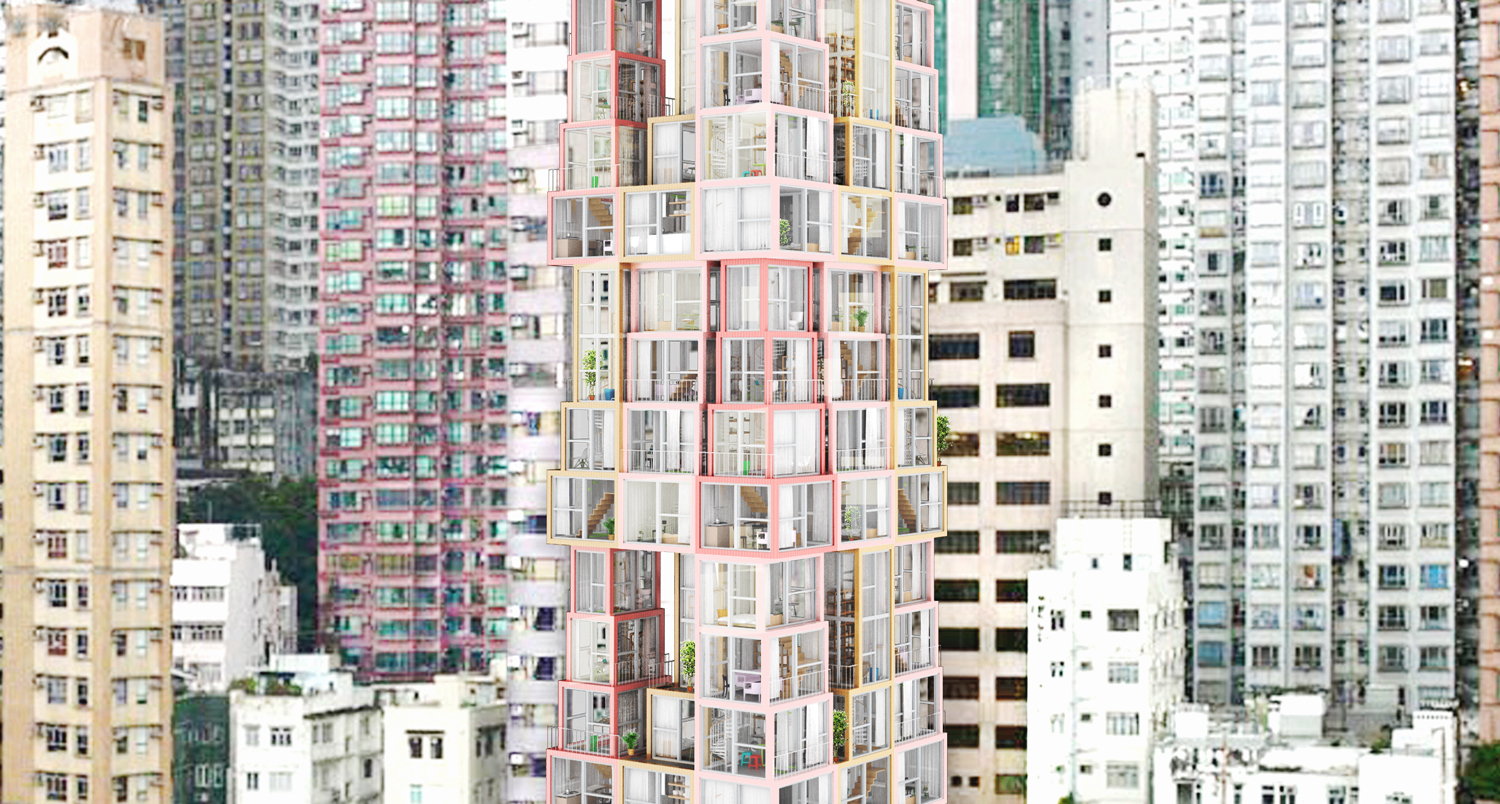 Towers within a Tower

An alternate tower typology that uses verticality to the benefit of community. 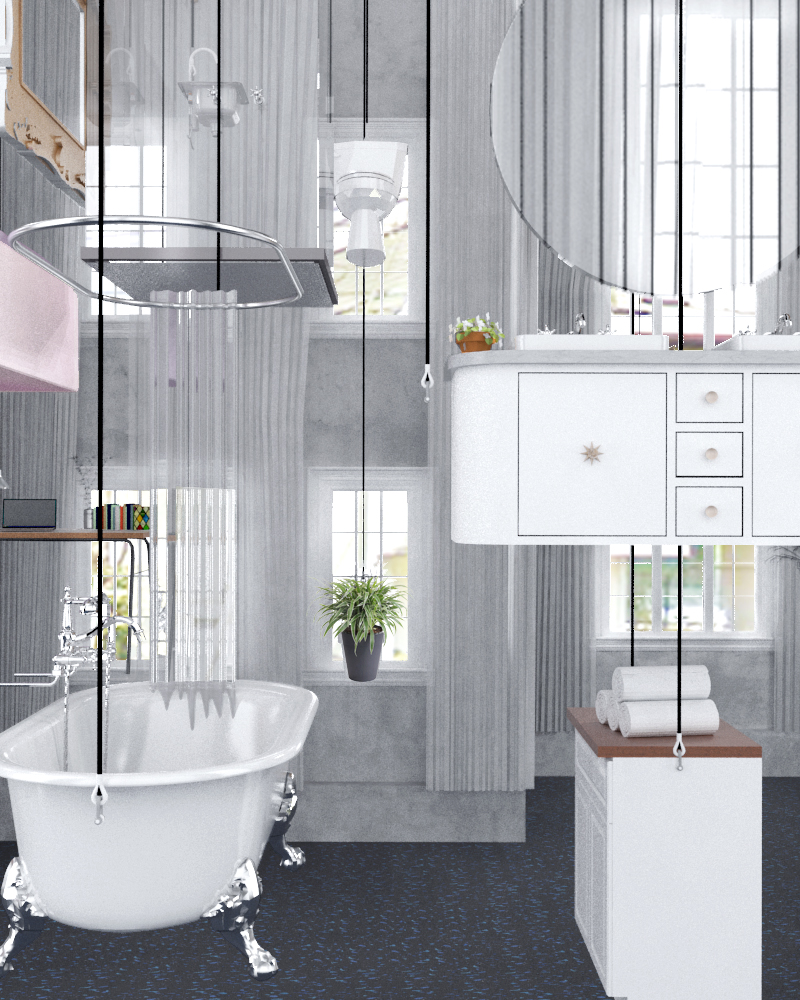 The house erases constraints of walls and floors, and is governed by coordinates X, Y, Z.

Housing with a form that responses to Shaoxing's historic neighborhood. 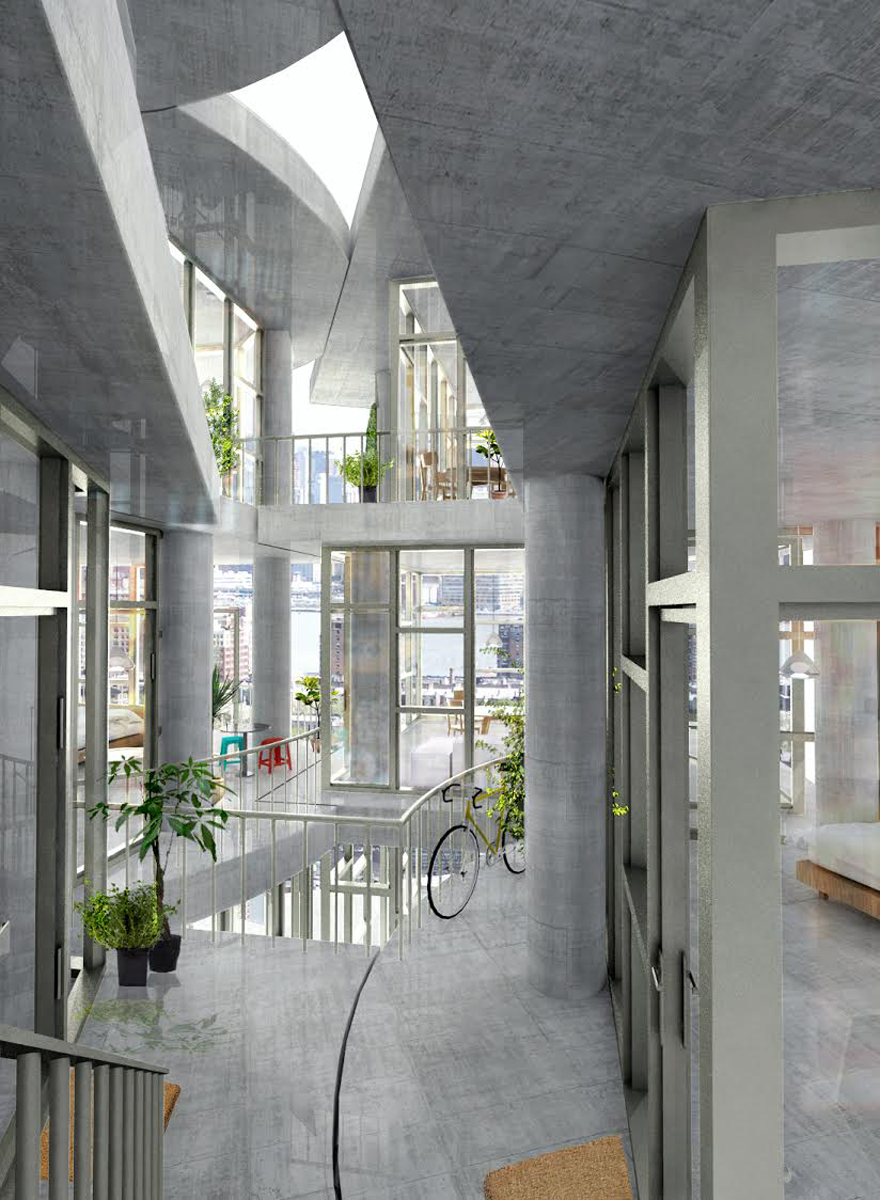 Apartments that use a system of modules based on the form of stacking table tops.

“The best designed public spaces never dictate or manipulate the visitor to use a space in a certain way.”

Give me a minute, please!

A place of respite and relaxation along the Chicago Riverwalk. 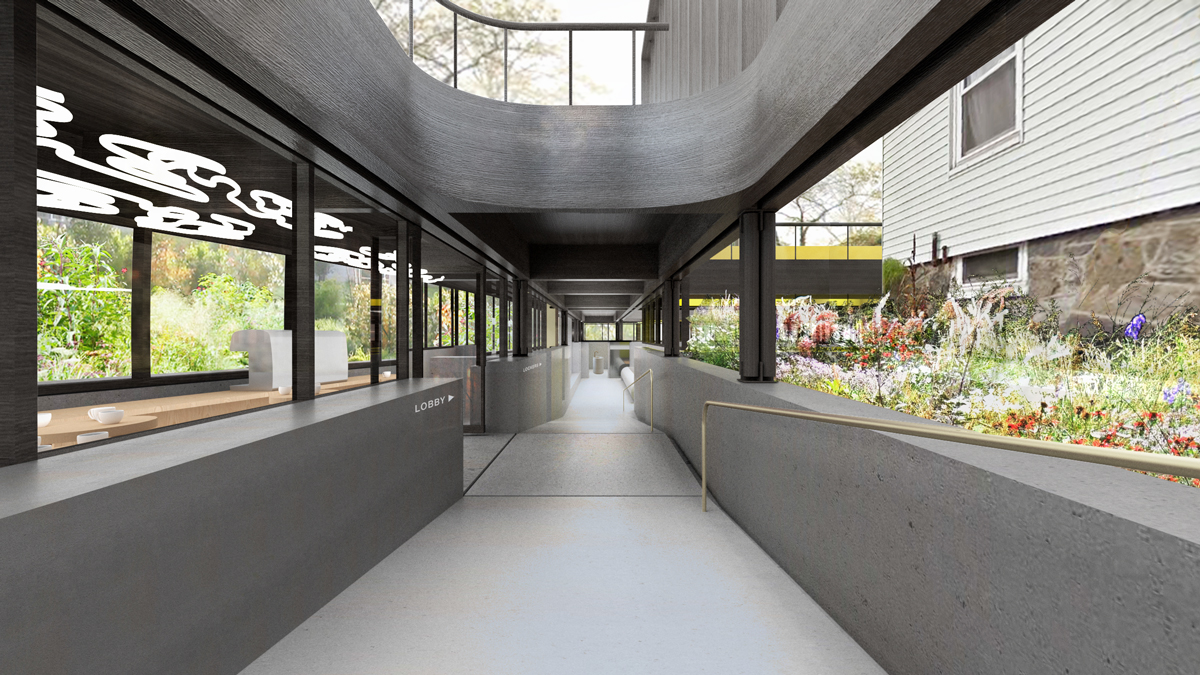 A neighborhood sauna that is at once extremely public and extremely private. 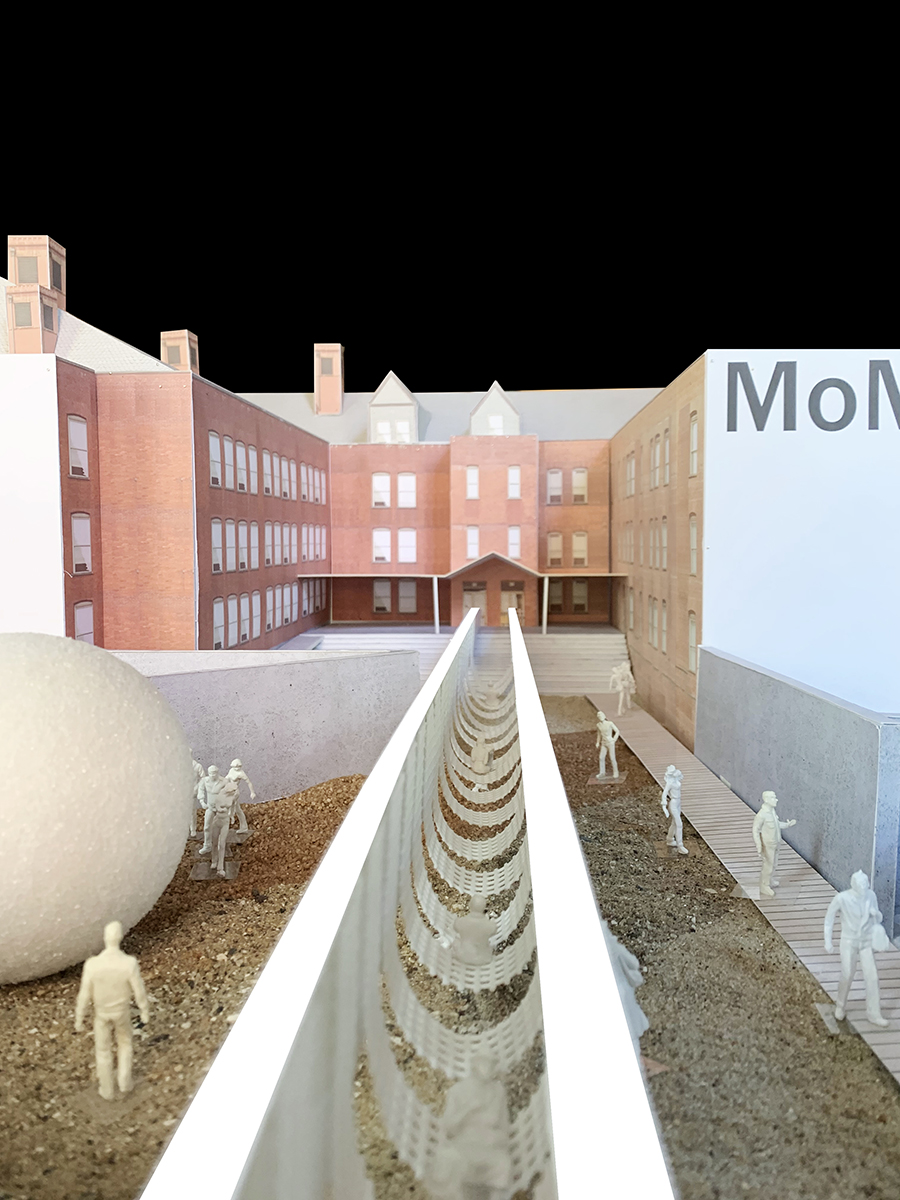 A reinterpretation of the MoMA PS1 courtyard as a beach

A gateway greets visitors with a unique circular form - the universal symbol of inclusion and harmony.

An accessible ramp that also serves as a gathering space for San Antonio’s City Hall. 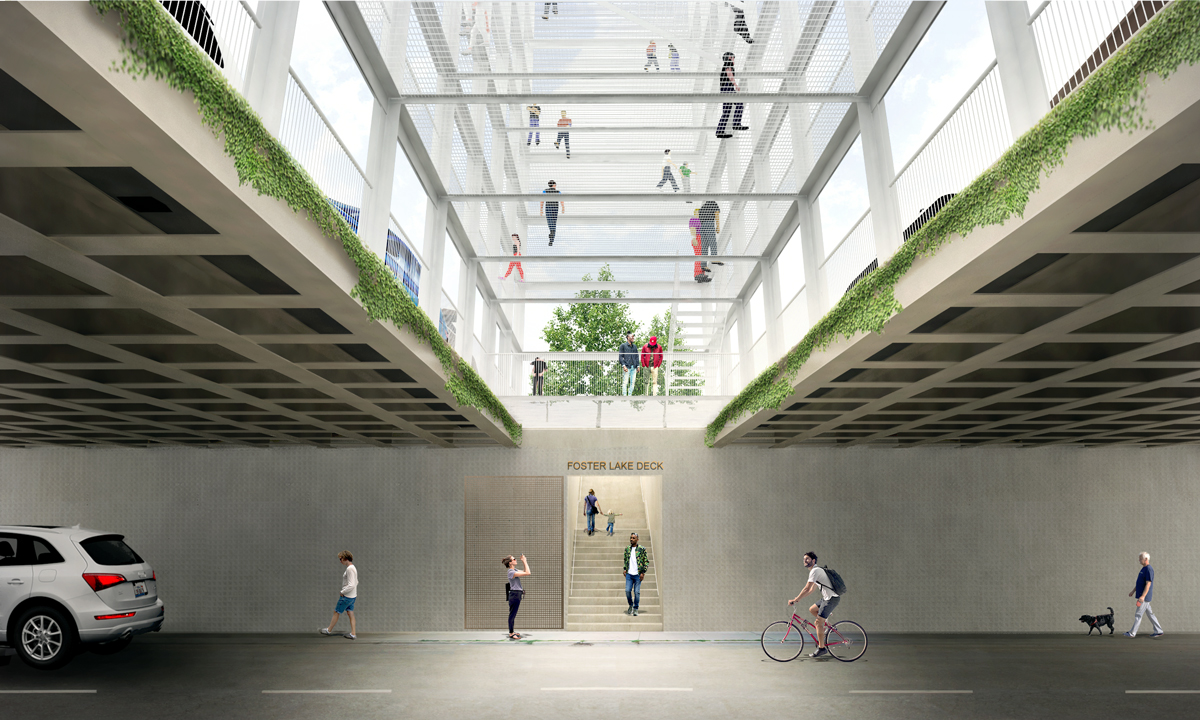 An award-winning design for pedestrians to access viewing decks along Chicago’s waterfront.

“New experiences for workplace and culinary environments energize new ways of being in commercial spaces.”

The new Swiss Consulate Chicago brings a domestic language to the office interior at the Hancock Tower.

“By borrowing the familiar and smuggling architecture we seek to relate our projects to a wide audience.”

An installation that builds on borrowing the familiar. 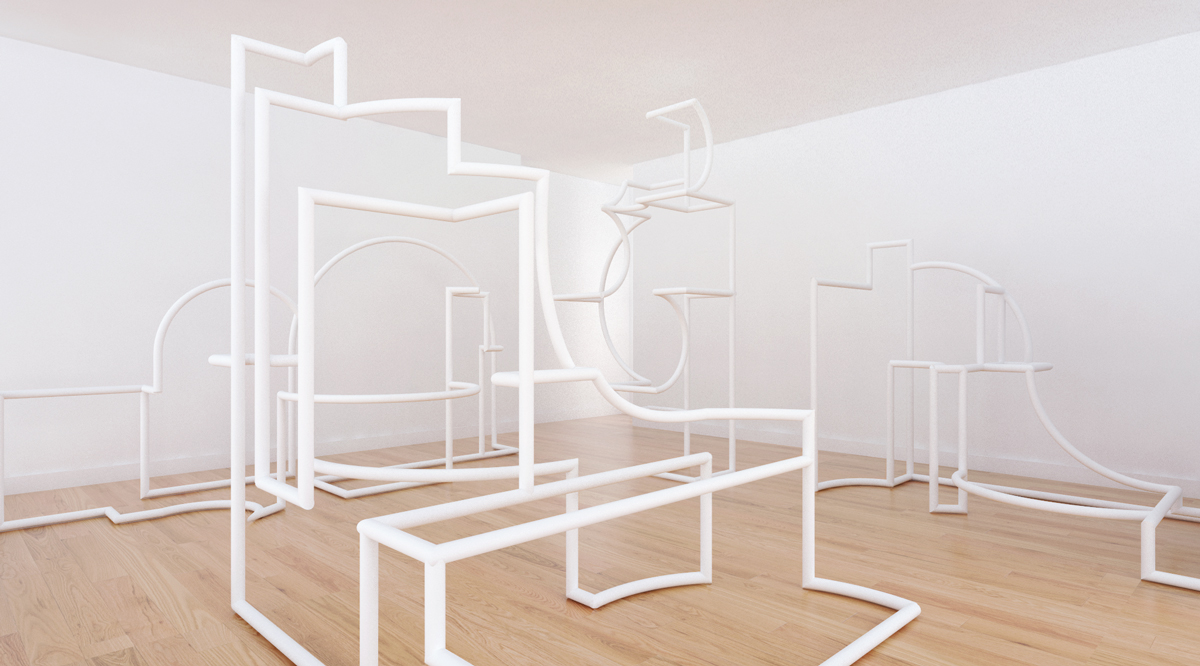 Reimagining crown molding as an element for spatial sculpture.

Reclaiming the suburban home as a site for architecture.

“Our ultimate ambition is to create beautiful architecture that all people can relate to and enjoy.”

Kwong Von Glinow Design Office is an award-winning architecture practice based in Chicago founded on the belief that architecture is meant to be enjoyed. The practice builds the thoroughly enjoyable from the slightly familiar. Their work translates forward-looking architectural concepts into playful designs with broad appeal. Taking an optimistic and explorative approach, KVG focuses on creating innovative living environments, places for cultural engagement, urban public space, and contemporary workspaces. The office was founded in 2017 by Lap Chi Kwong and Alison Von Glinow and has delivered projects ranging from single-family homes to multi-family residential buildings, public and cultural spaces, exhibitions, and designed objects.

The firm’s current projects include the renovation of a 12,000-square-foot Howard Van Doren Shaw home in Highland Park, IL for an art collector family; the inaugural Designing a Better Chicago Riverwalk pavilion to be built in summer 2021; and a community center and housing project in New York. They recently completed both Ardmore House—a single family home in Chicago—and the new Swiss Consulate Chicago at the Hancock Tower.


Lap Chi earned his Masters of Architecture from the Harvard Graduate School of Design and his undergraduate degree from the University of Washington. Before co-founding Kwong Von Glinow, Lap Chi worked with the Pritzker Prize-winning offices of Herzog & de Meuron and Amateur Architecture Studio on cultural projects, single-family houses, and multi-family residential buildings, including the M+ Museum in Hong Kong, the Vancouver Art Gallery, and the Kramlich Residence & Gallery in California. Lap Chi spent his early life in Hong Kong before moving to Seattle for his undergraduate education. He is an adjunct professor of Architecture at Illinois Institute of Technology in Chicago.


Alison earned her Masters of Architecture from the Harvard Graduate School of Design and her undergraduate degree from Barnard College. Before co-founding Kwong Von Glinow, Alison worked with internationally acclaimed practices around the world including Herzog & de Meuron in Basel, Switzerland; SOM in both Chicago and New York; Toshiko Mori Architect in New York; and Svendborg Architects in Copenhagen, Denmark. A Chicago native, Alison is a Board Member of the Chicago Architectural Club and Chair of the Burnham Prize. She is a licensed architect in the states of Illinois and New York and a member of New York’s Urban Design Forum.

Tune in for our upcoming lectures listed below. Check out our past events, awards, and publications. 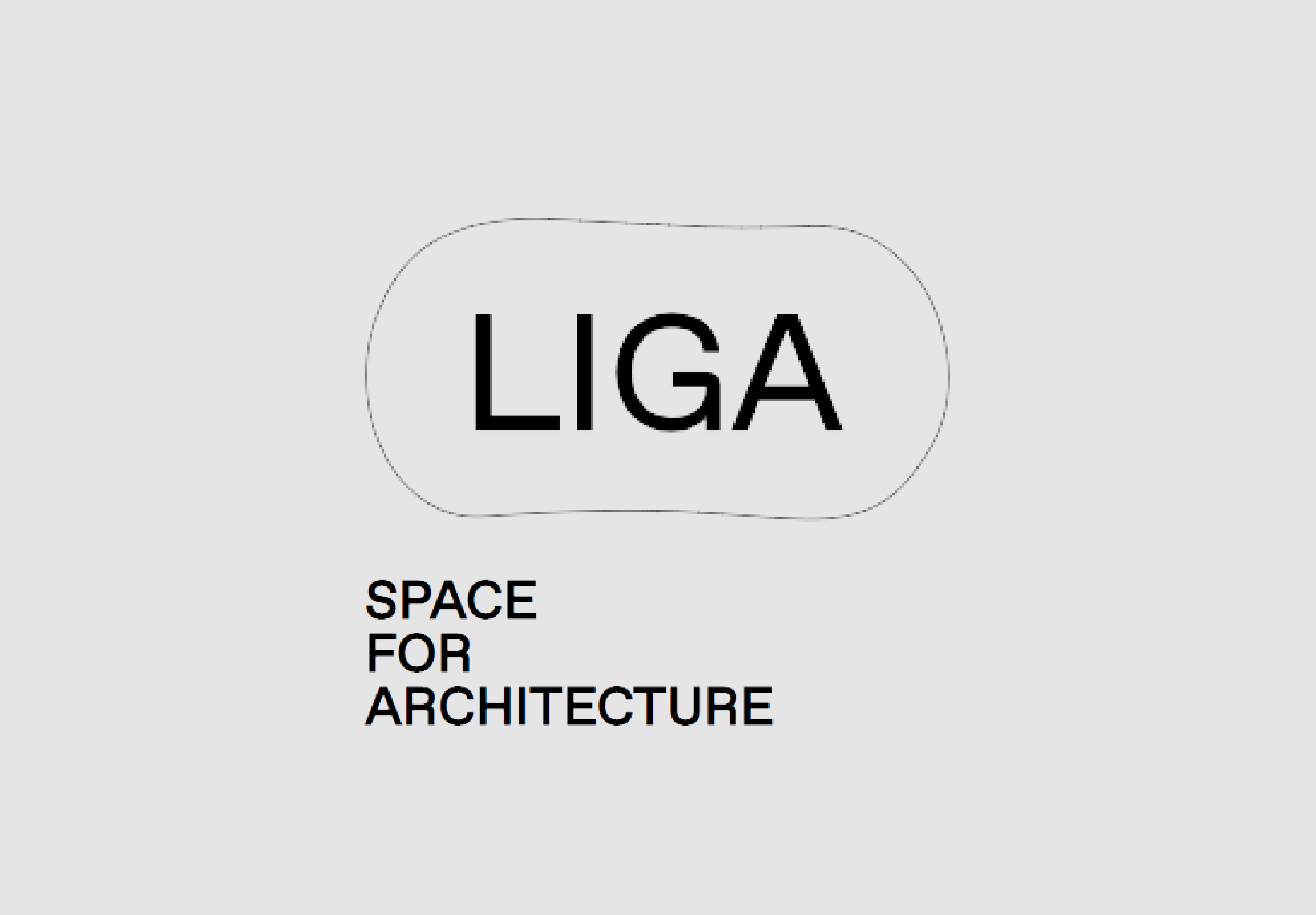 
KVG will share the development of Ardmore House with LIGA as part of their series La Casa Del Vecino / Our Neighbor’s House. 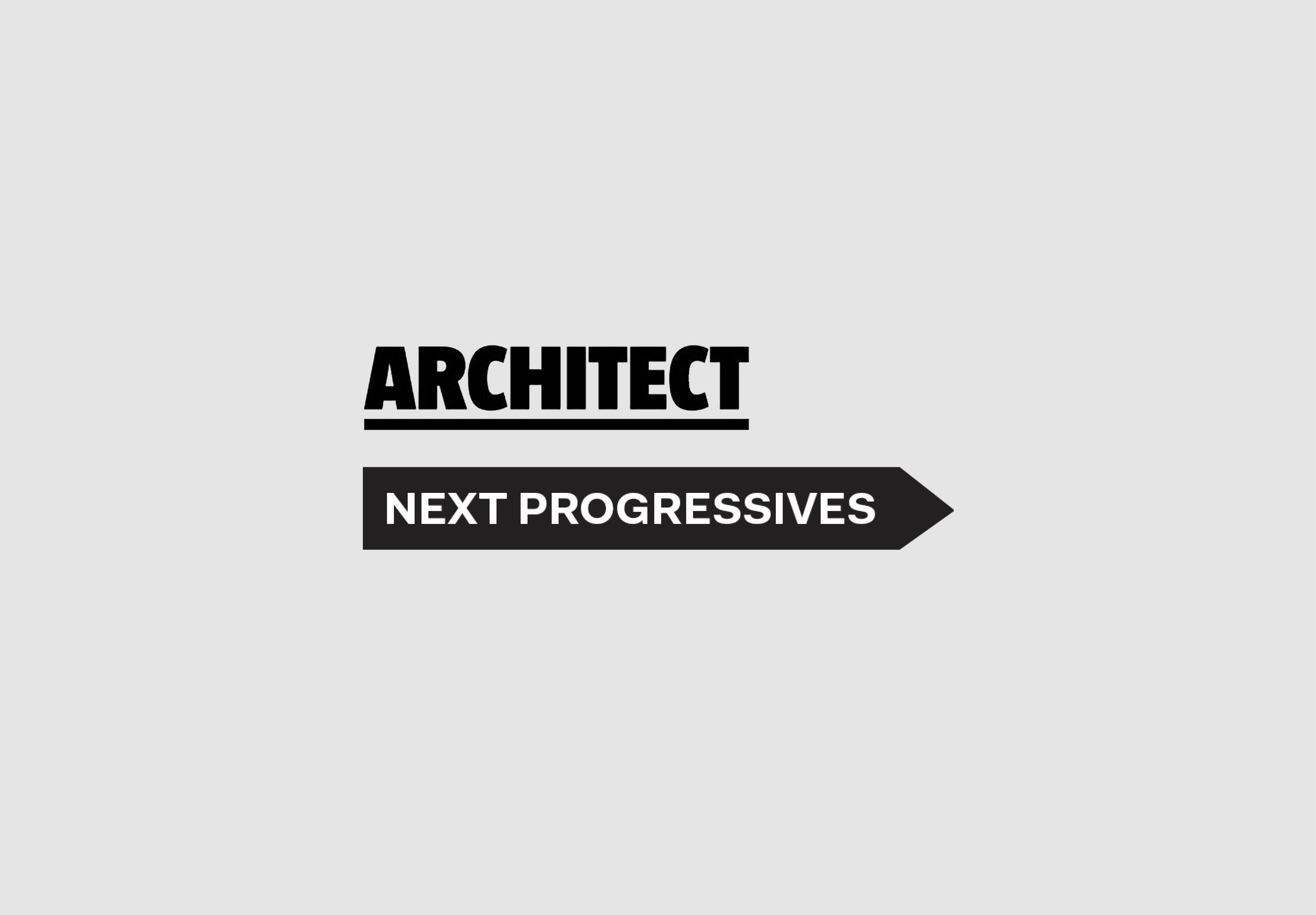 
KVG is named “Next Progressive” by Architect Magazine. 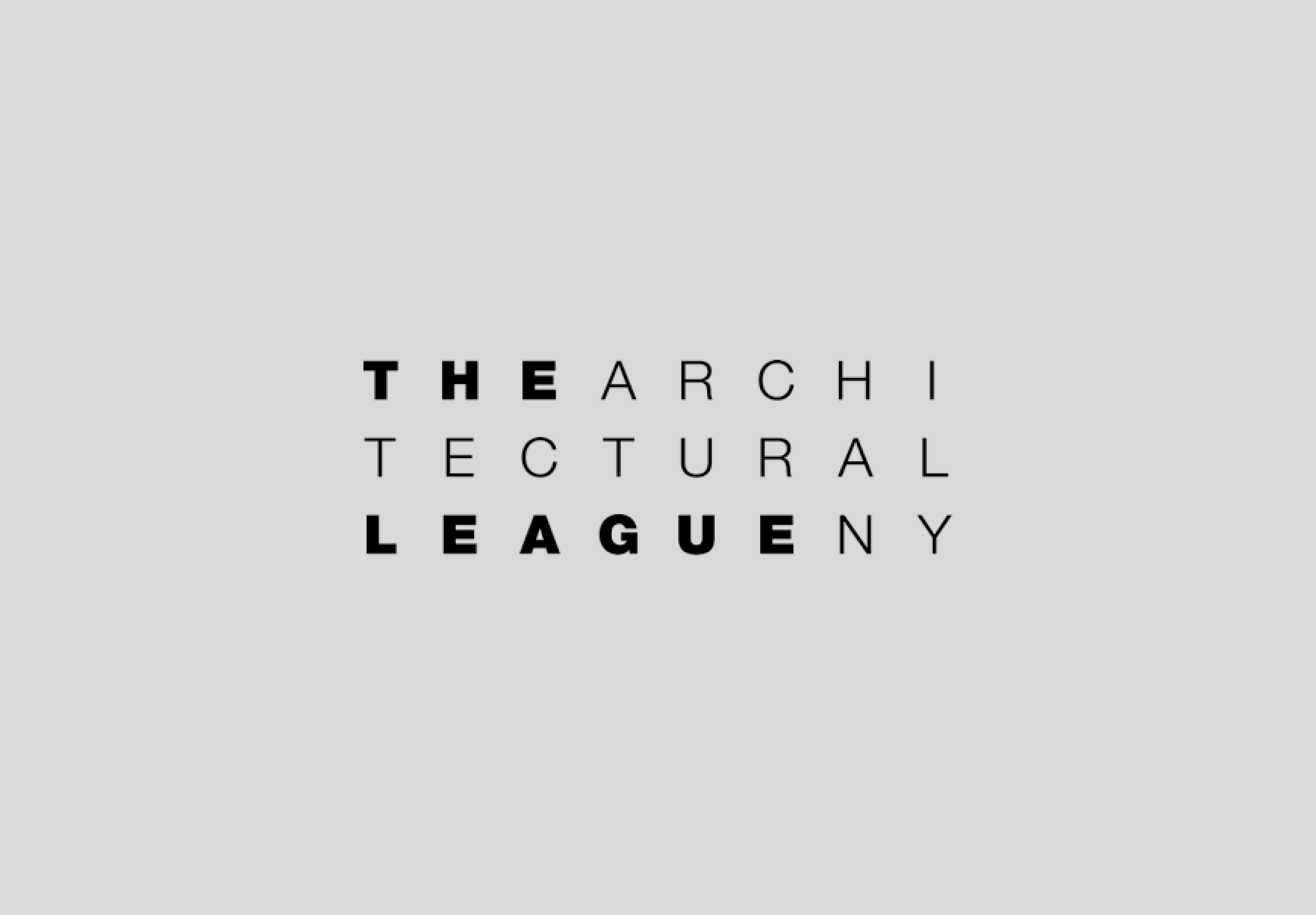 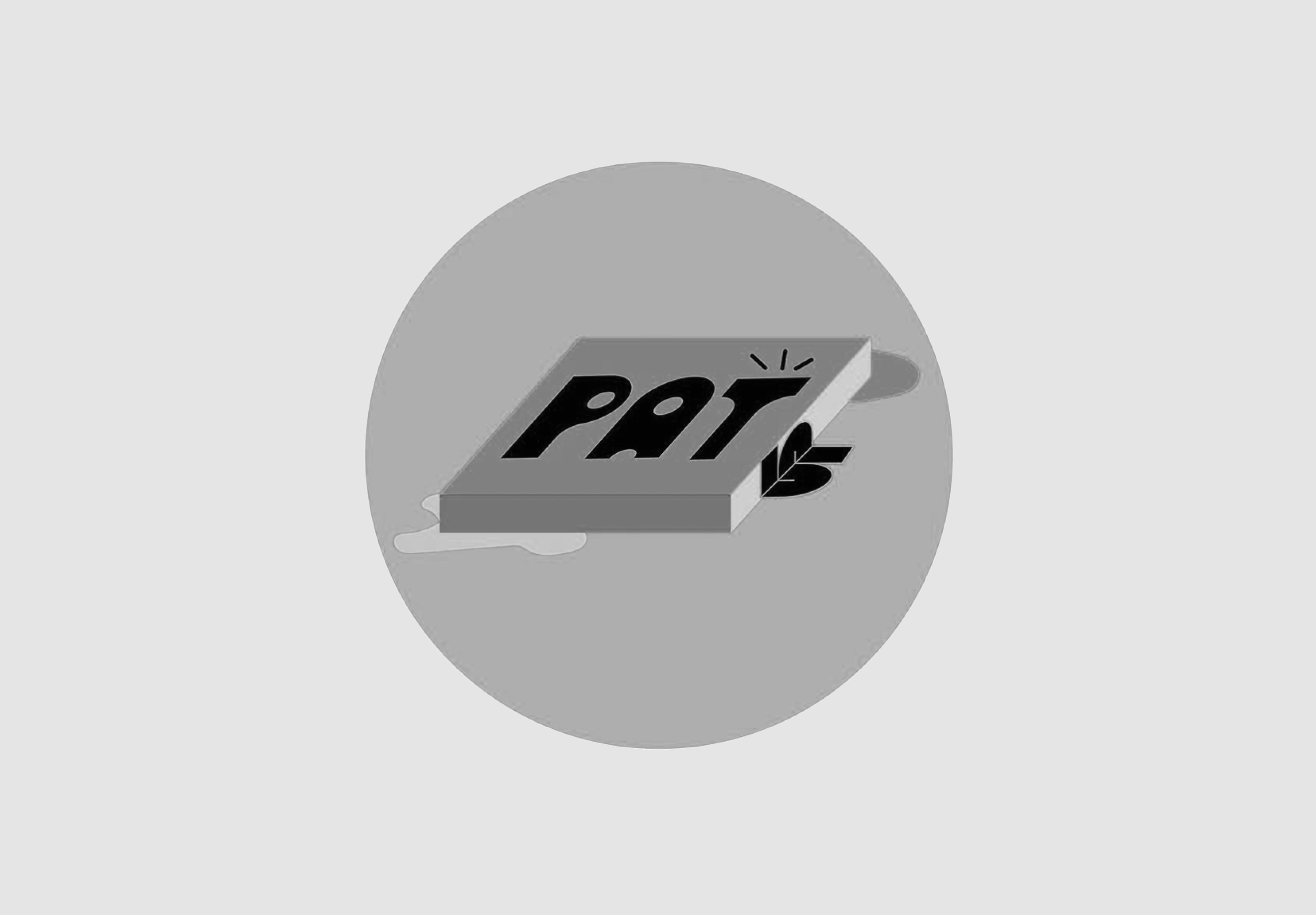 
KVG with chat with John McMorrough about Ardmore House for the series Practice.Architecture.Talks. 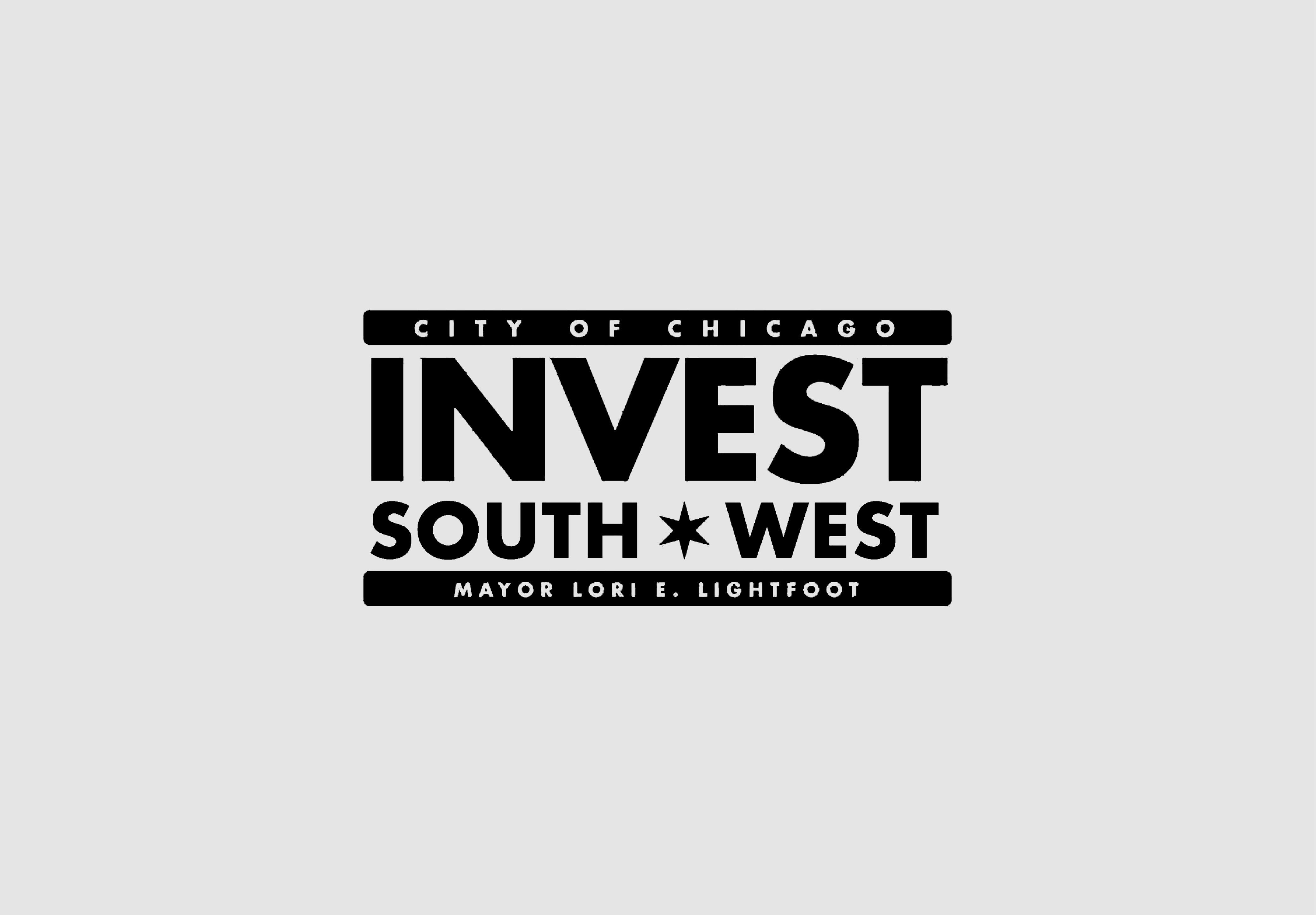 
KVG is selected as one of 32 Pre-Qualified Design Services Firms for Chicago’s Invest South/West Initiative. 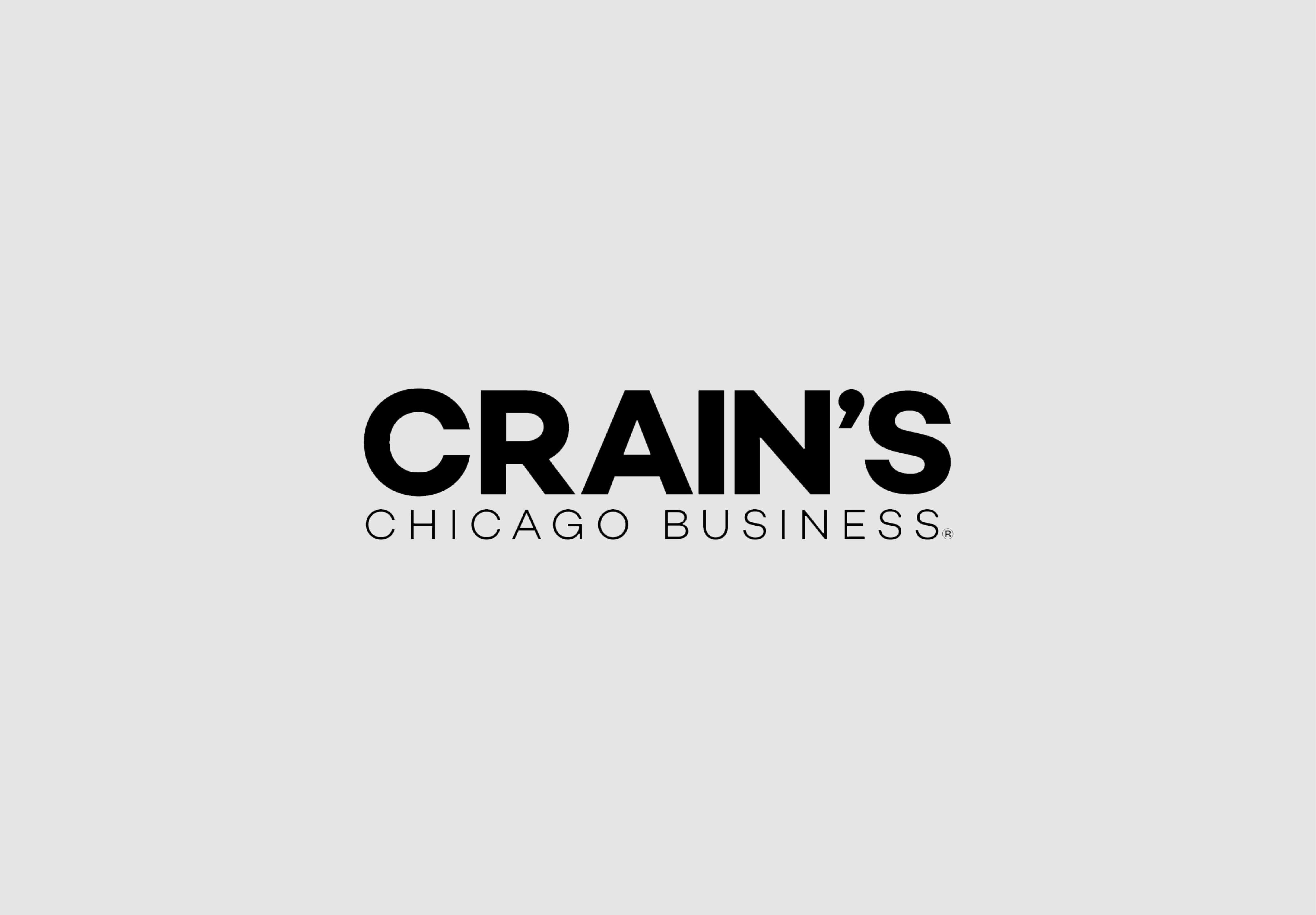 
KVG is interviewed by Dennis Rodkin of Crain’s in his article on Ardmore House titled “In Edgewater, a house unlike any other.” 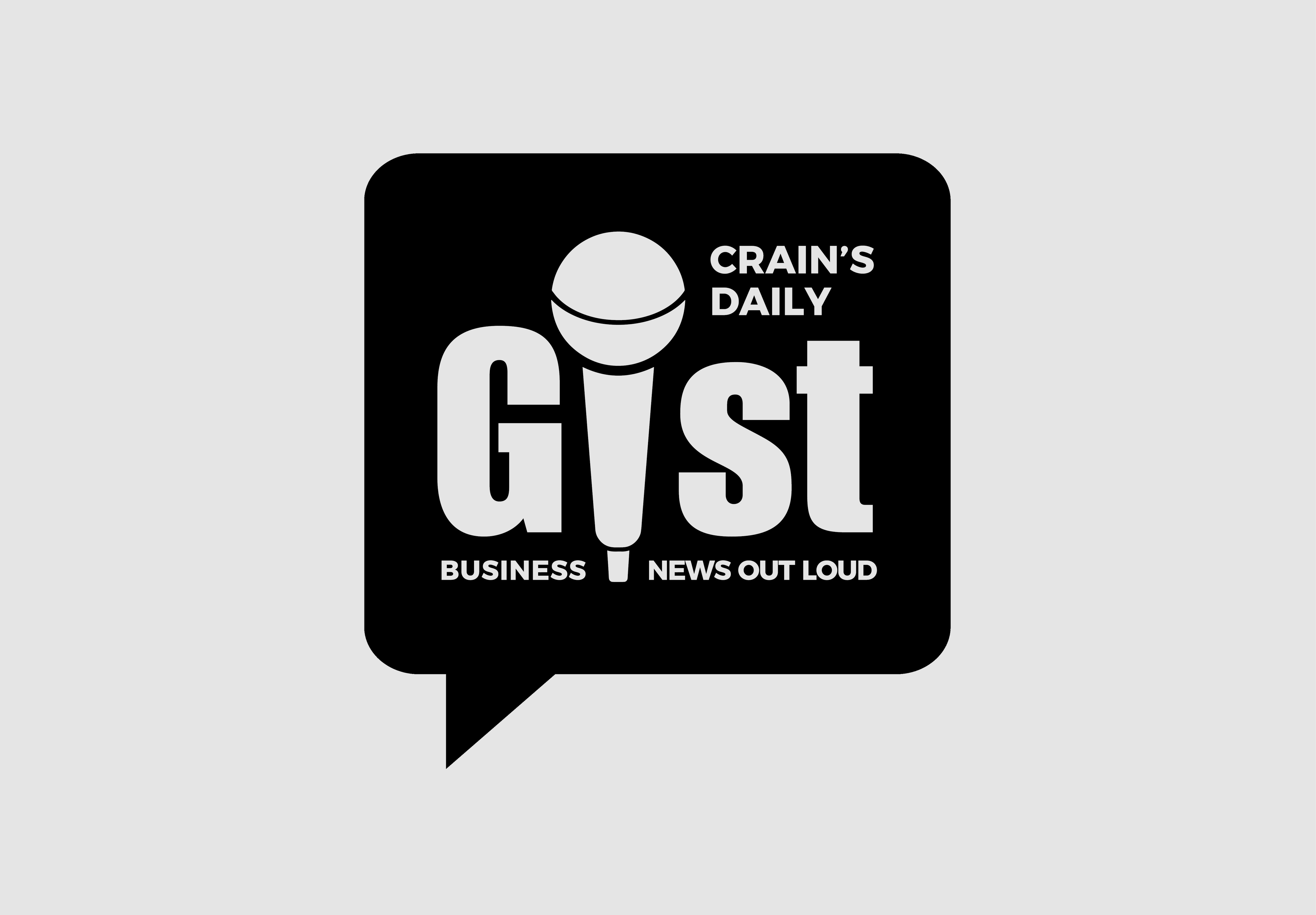 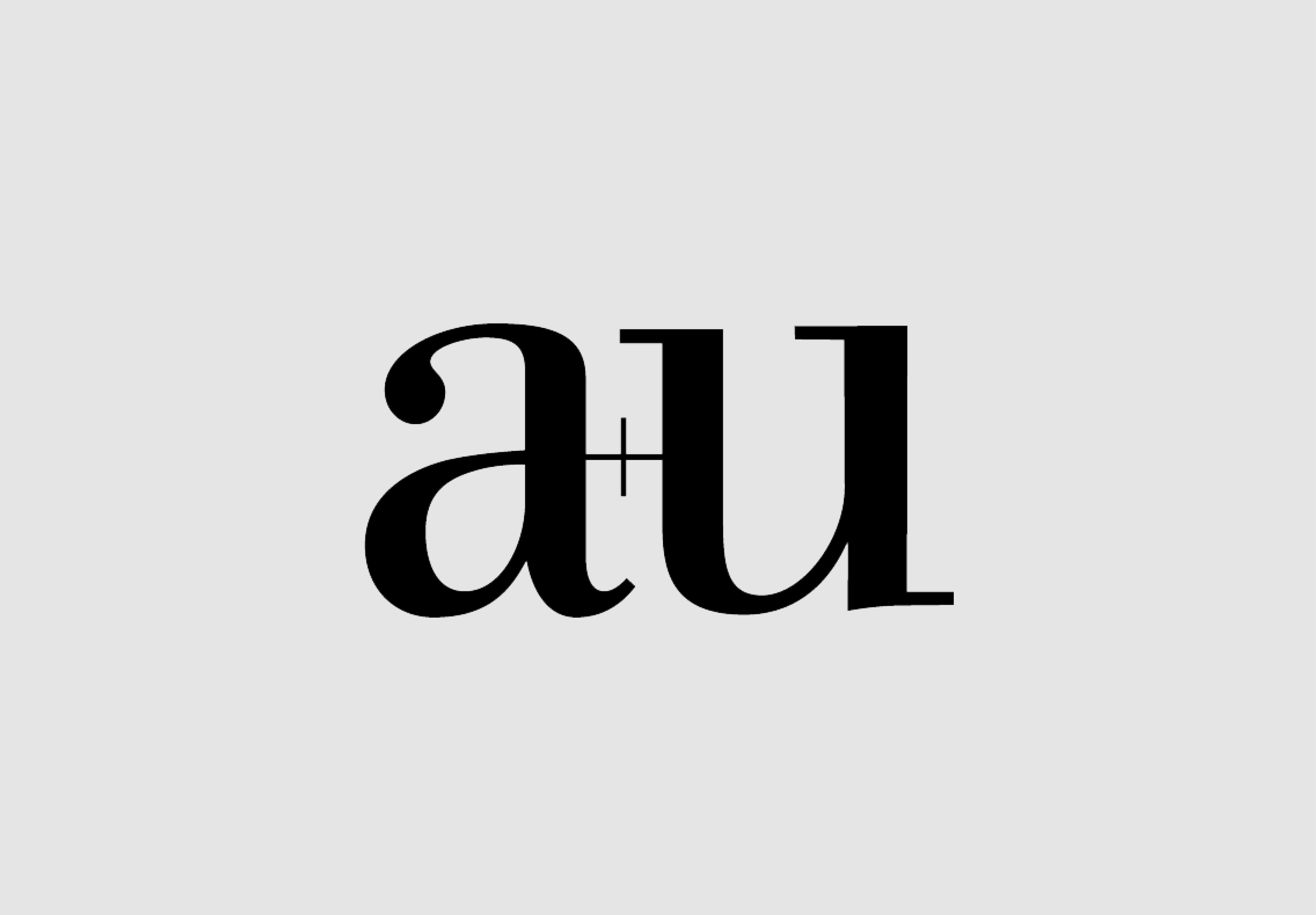 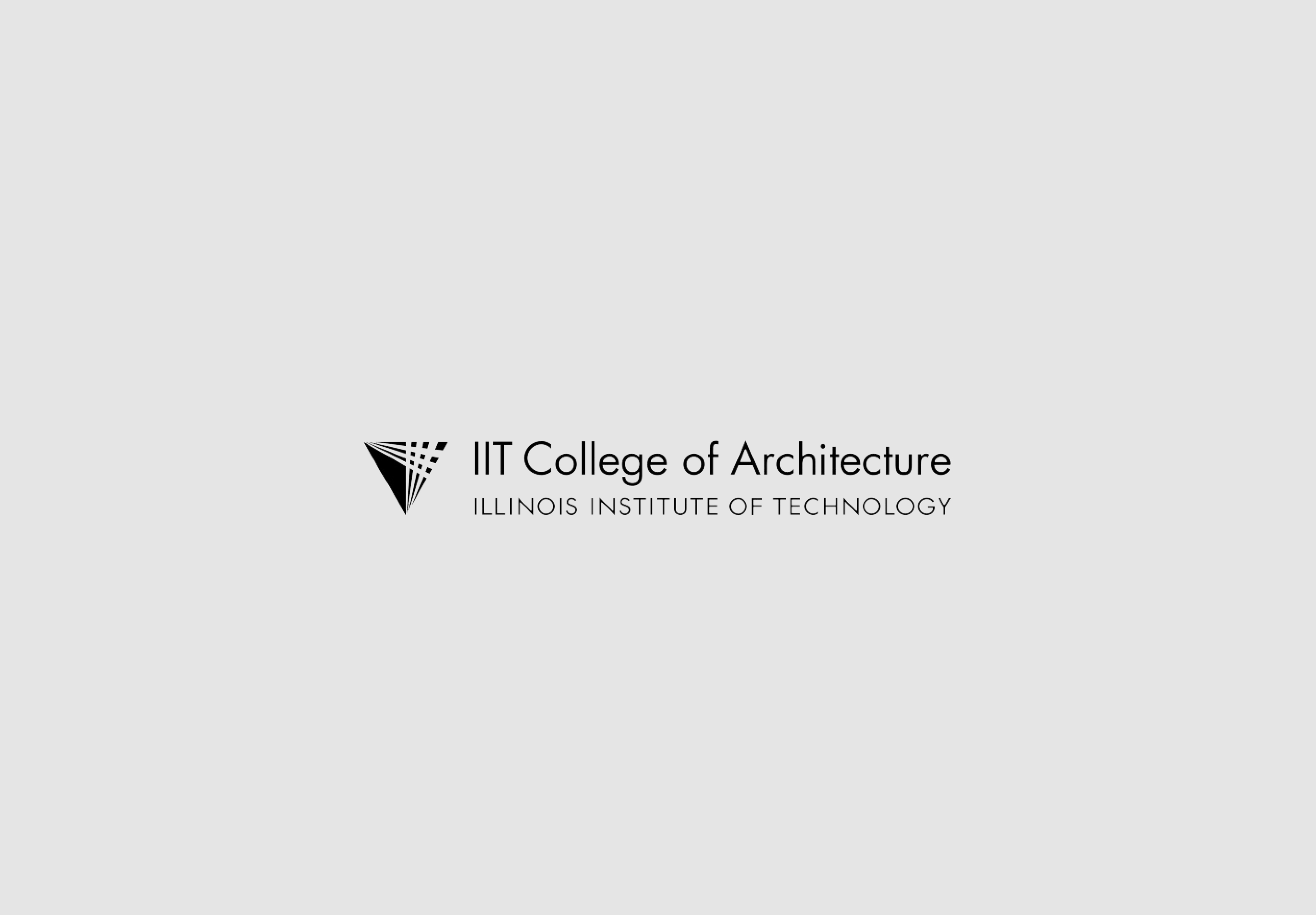 
Alison is a panelist for Alternative Modes of Practice moderated by Reed Kroloff at IIT. 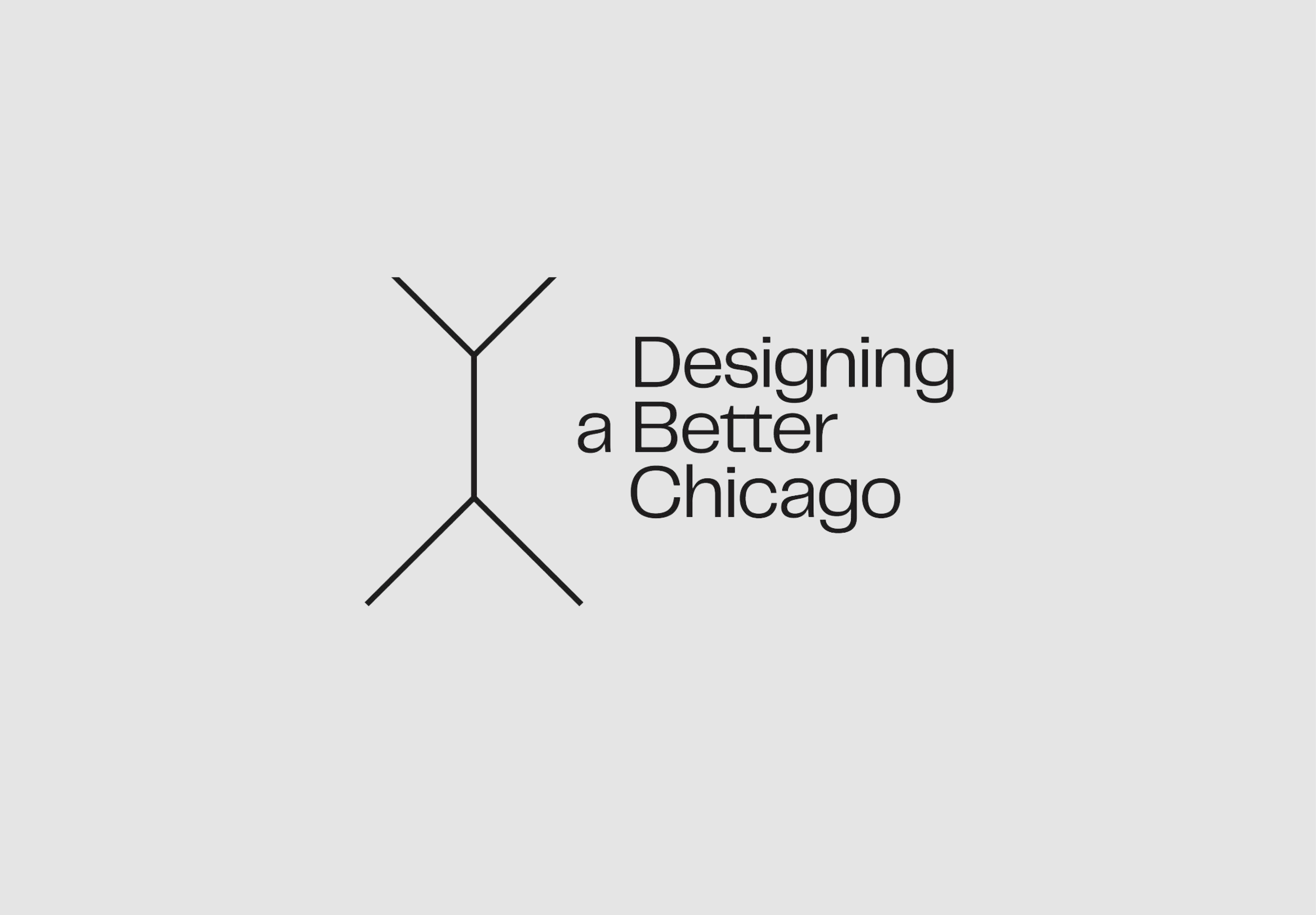 
KVG’s design is selected for the inaugural Designing a Better Chicago Pavilion. 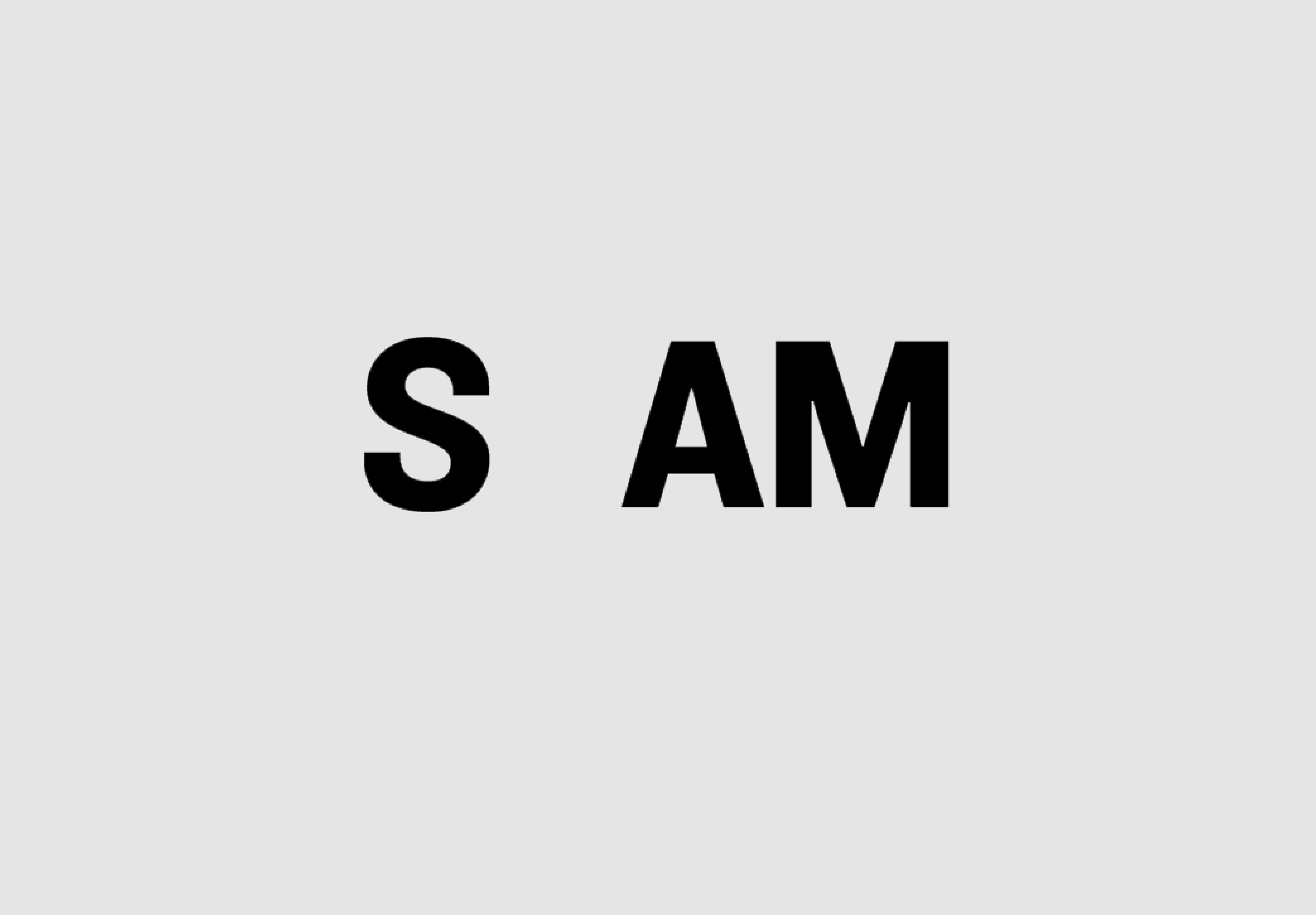 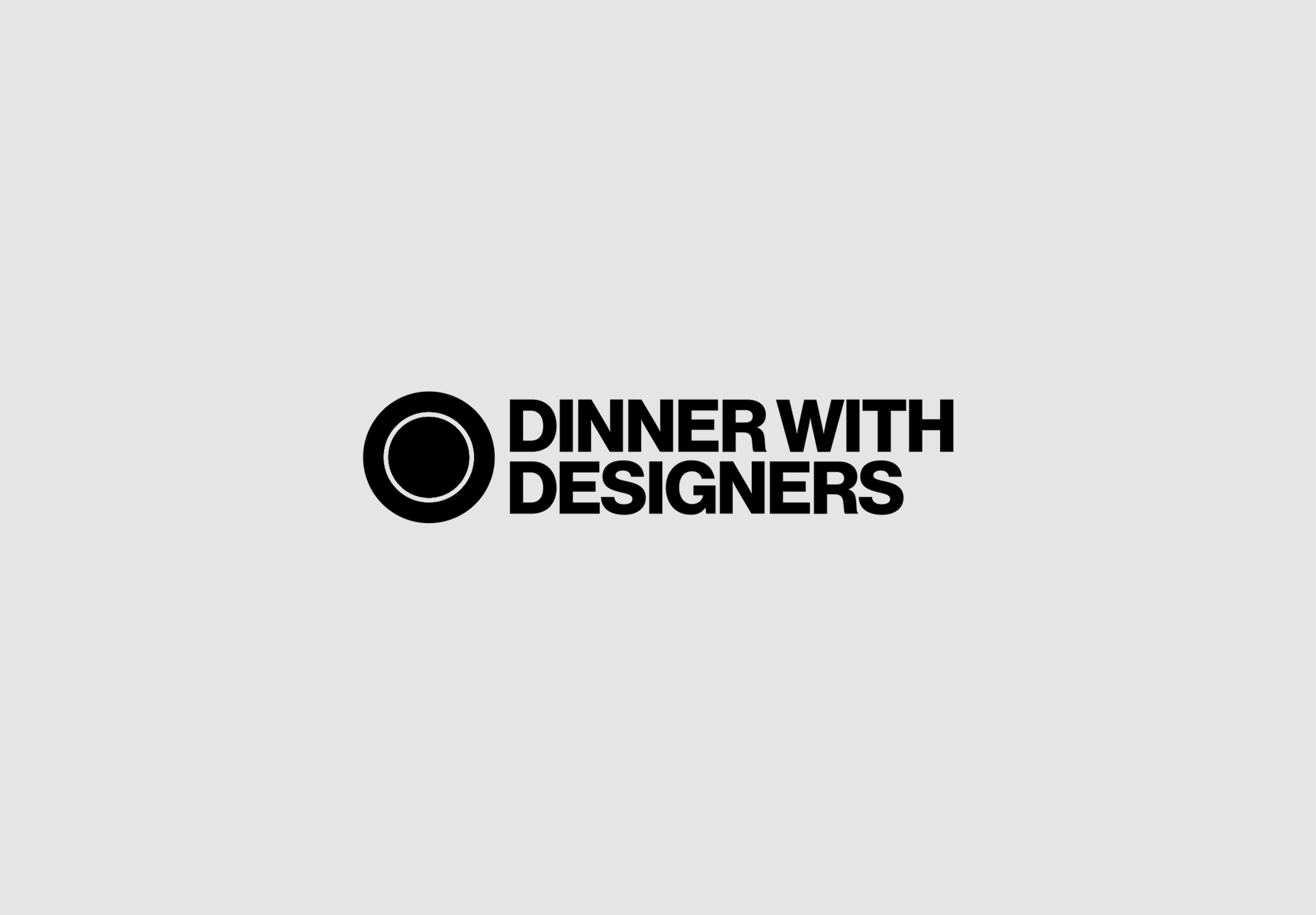 
KVG host Chicago’s first Dinner with Designers - hot pot style - and give a tour of Ardmore House under construction. 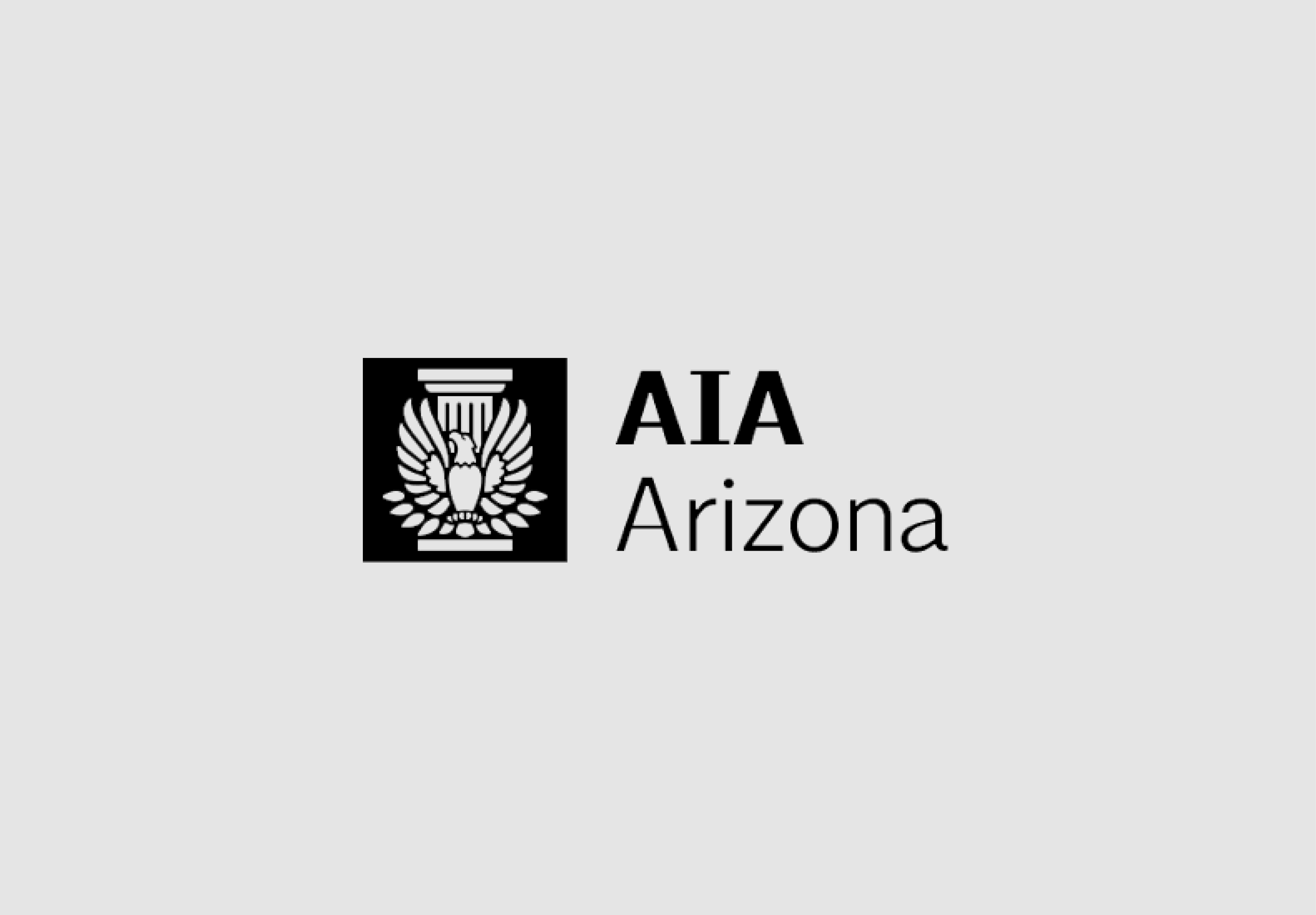 
Alison serves on the AIA Arizona jury for 2019 Design Awards.


KVG is named as IIT College of Architecture’s summer Artists in-Residence for 2019. 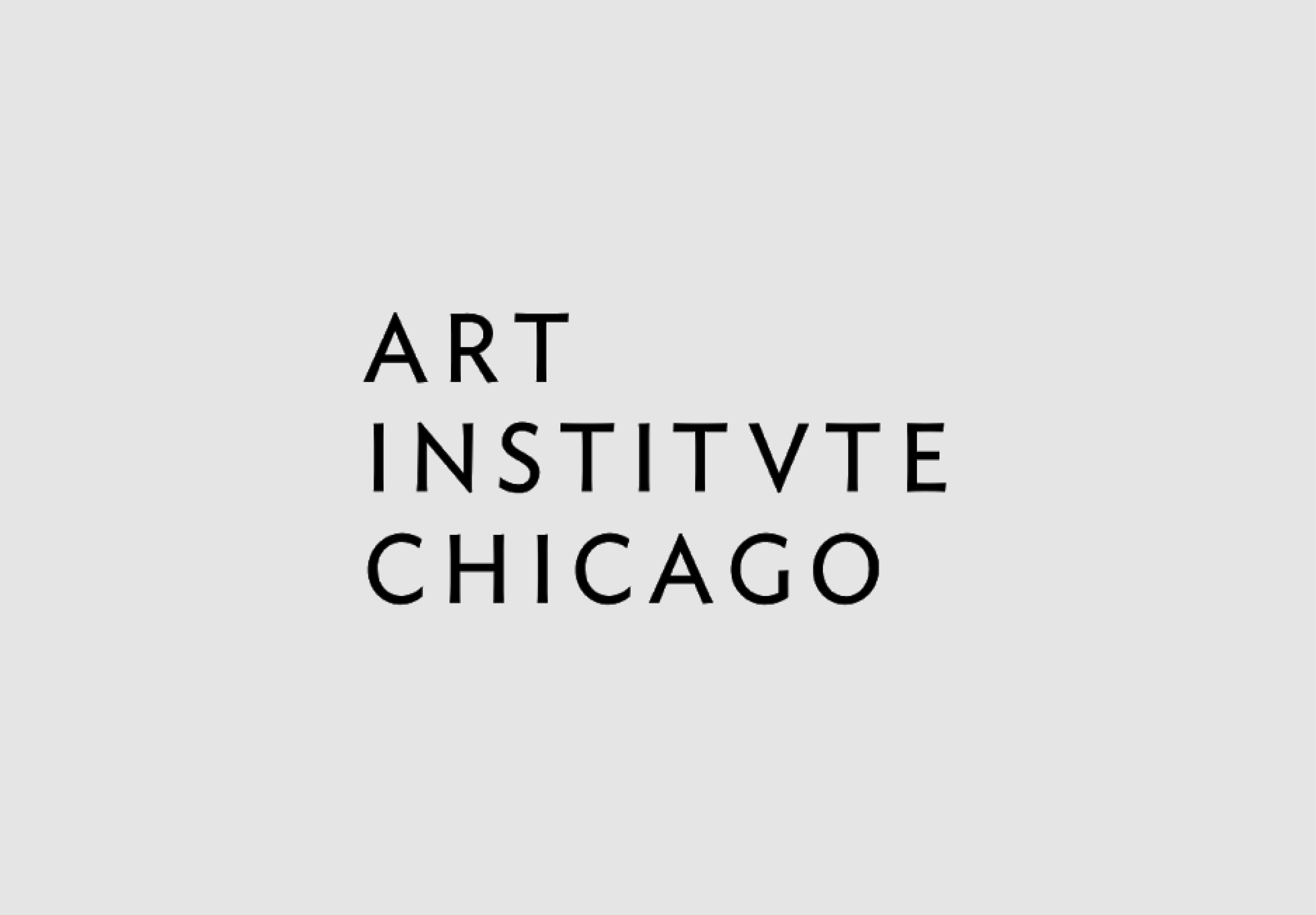 
Alison serves on the Jury of the Art Institute of Chicago’s 2019 Schiff Foundation Fellowship. 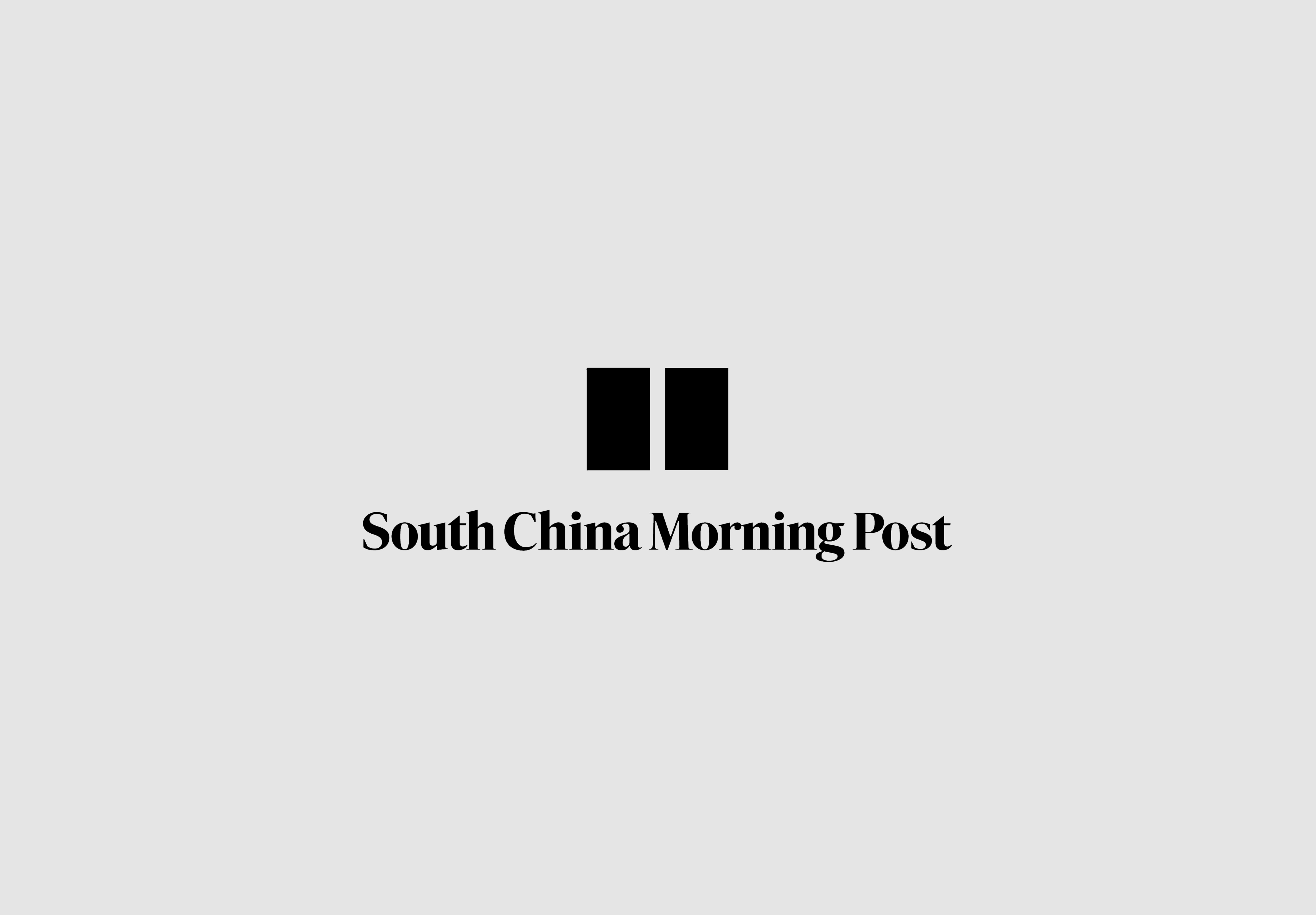 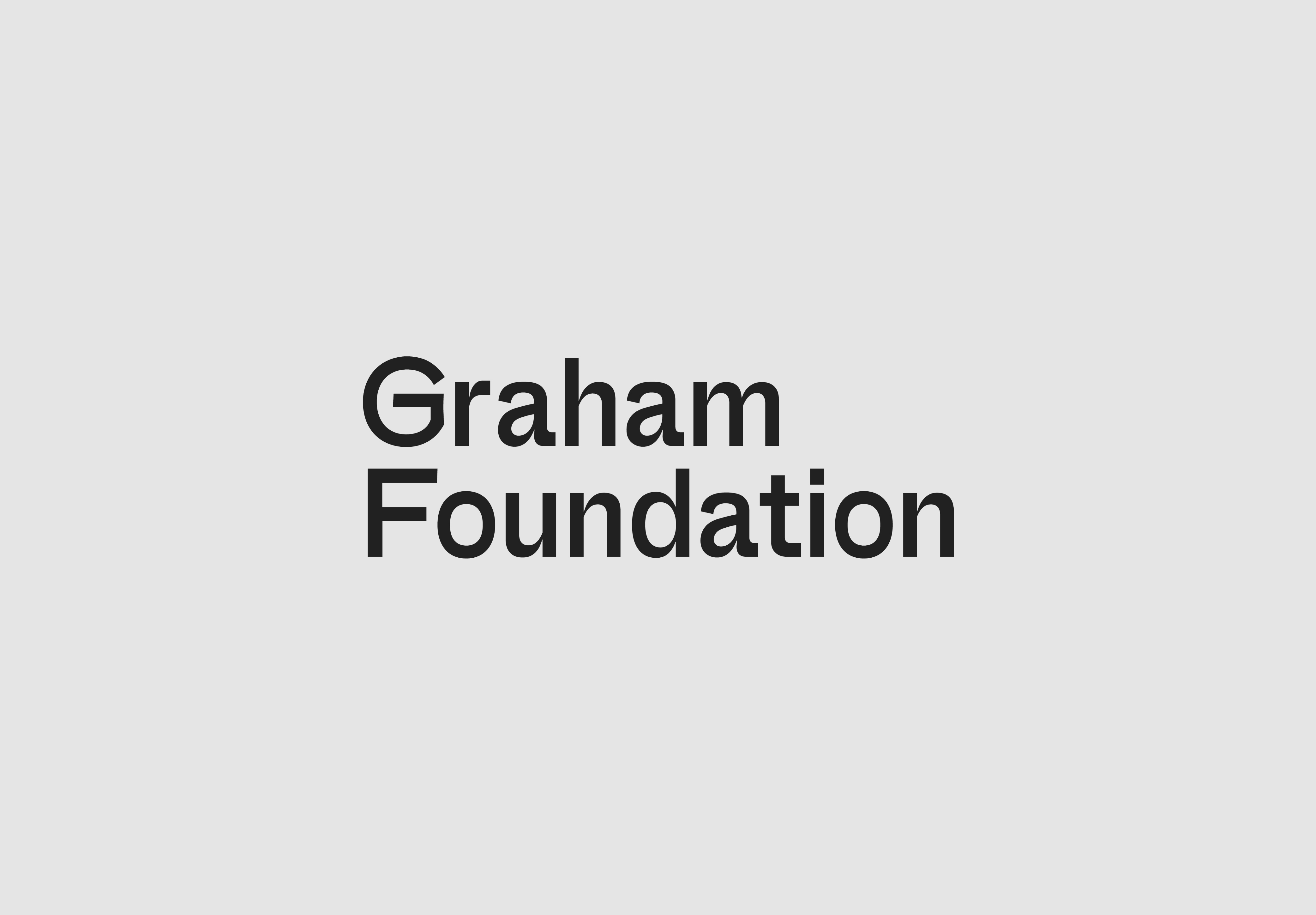 
KVG are selected as Graham Foundation Grantees for their project Smuggling Architecture. 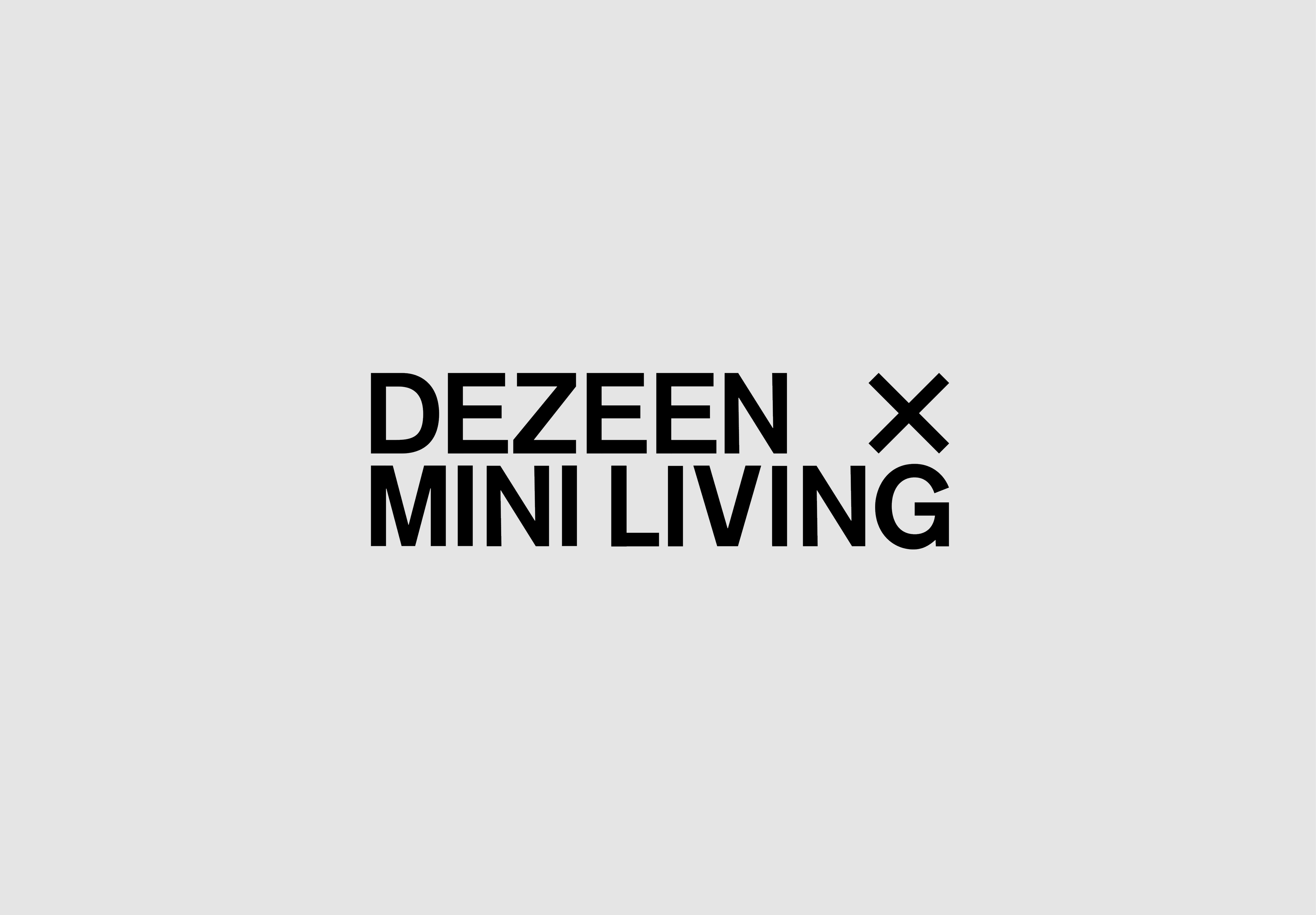 
KVG are awarded the 2018 League Prize for Young Architects by the Architectural League of New York. 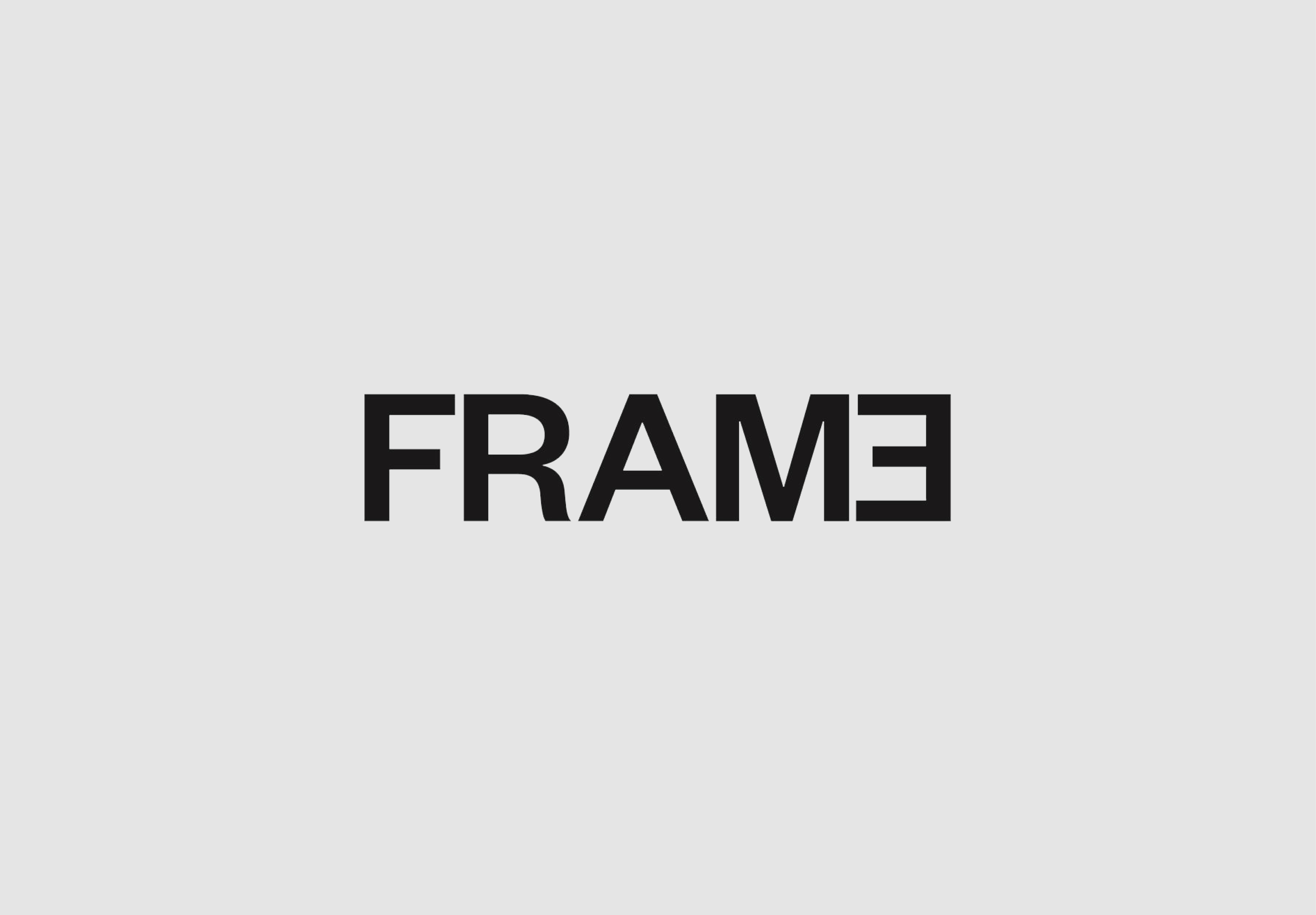 
KVG is featured in FRAME Magazine in their issue on High Density Housing titled How We Will Live Tomorrow.

2
Inquire
(847)431-2222
Phone
hello@kwongvonglinow.com
Email
@kwongvonglinow
Instagram
3
Subscribe
Stay up to date with KVG news and announcements.
4
Apply
We currently have open office positions. Write to hello@kwongvonglinow.com and include your CV and Portfolio (as attachment or google link). Please state your position of interest at our Chicago Office.
Architectural Assistant